Is it the return of the giant moths? 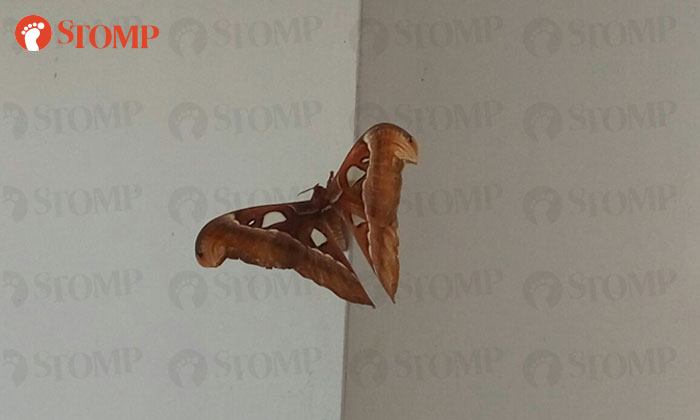 Remember when the tropical swallowtail moths, also known Lyssa zampa, appeared all over the island in 2014?

Stomper Edwina saw one of these moths at her home in Woodlands yesterday (Jul 2).

"It's been a long time since I last saw such a big moth," she said.

"Was just wondering if they are coming back as I fondly recall there was a period of time when it was popular to see them everywhere in Singapore."

The species can be found throughout Southeast Asia and usually visit Singapore between May and July each year.

However, some years see more visitors than others which make it seem like they are a rare sight recently.

The swallowtail moths are one of the largest found in Singapore with wingspans ranging between 10 to 16 centimetres.