Is he finally over Lin Chi-ling? Jerry Yan appears relaxed when meeting fans in China 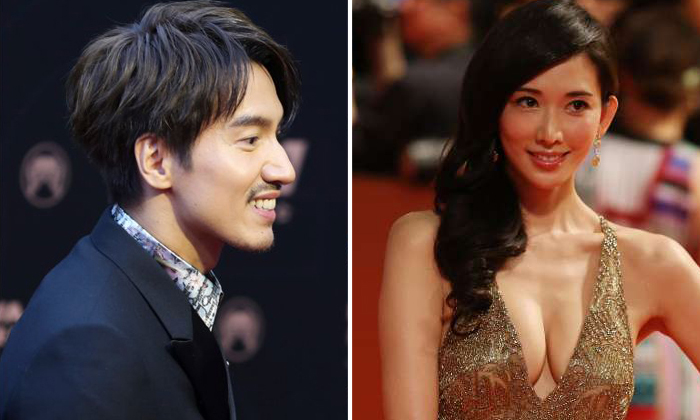 Has Jerry Yan gotten over Lin Chi-ling and moved on with his life?

The 42-year-old actor had an on-off relationship with Lin, 44, for 17 years, but the supermodel announced on June 6 that she has married Japanese boyband Exile's member Akira.

Yan is currently filming a movie in China, and he was spotted with the film crew at a market in Chengdu city on Wednesday (July 3).

His sudden arrival caused a huge stir at the market, as the customers, who were mostly elderly and middle-age women, crowded around him and whipped out their mobile phones to take photos or videos of him.

Some of the women even shouted "Daoming Si," the character Yan played in Taiwanese TV serial, Meteor Garden (2001), and which shot him to fame.

He was seen smiling and flashing the V-sign at the crowd, even giving an impromptu shoulder massage to one of the women.

His appearance at the market was a far cry from that at the Golden Melody Awards in Taipei on Saturday, when he looked downcast and declined to answer questions on Lin's marriage on the red carpet.

He brightened up slightly after the awards, as he smiled while celebrating Taiwanese actress Chen Mei-fen's 63rd birthday.

Meanwhile, Lin looked radiant in two photos she posted on Instagram on Wednesday, as she wrote, "Always look on the bright side of life".

Was that a signal to Yan to do likewise?

Always look on the bright side of life🌞

Always look on the bright side of life🌞