Is couple having 'steamboat' in public space breaking the law? 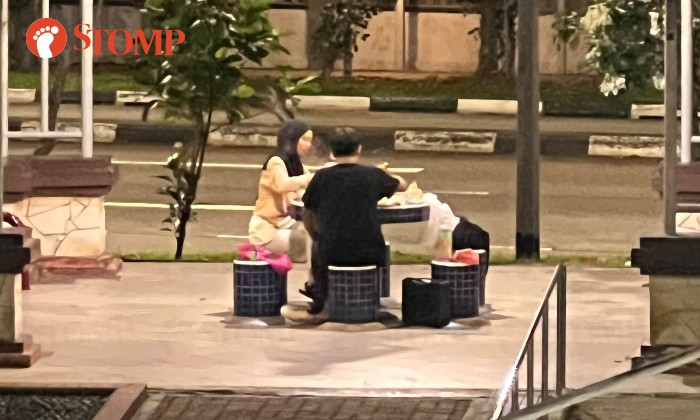 Is there such a thing as illegal cooking?

A Yew Tee resident saw people cooking in a pavilion at a housing estate and believed they were breaking the law.

Sharing a video of the incident, Stomper Kieren said that it happened at Choa Chu Kang Crescent on the evening of Oct 26.

He recounted: "I spotted a young couple having ‘steamboat’ in a public space.

"They brought out frozen food, vegetables and meat, and were cooking with their electric induction cooker!

"It is illegal to cook outdoors, especially in the public space of a residential area."

But the couple was sitting near a barbeque pit. Wouldn't that make it okay to cook there?

Dear Residents, 656 BBQ Pit is open for booking. You can book up to one month in advance. https://www.onepa.gov.sg/facilities

"In that area, it is not allowed to cook in the pavilion, only in the BBQ area," said the Stomper.

"The spot is for leisure by law.

"And bringing the induction cooker made it worse."

In response to a Stomp query on whether the couple was allowed to cook in the area, the Marsiling-Yew Tee Town Council said: "The town council currently does not have any regulation regarding this.

"However, the town council encourages residents to exercise considerate behaviour and use the common facilities appropriately."