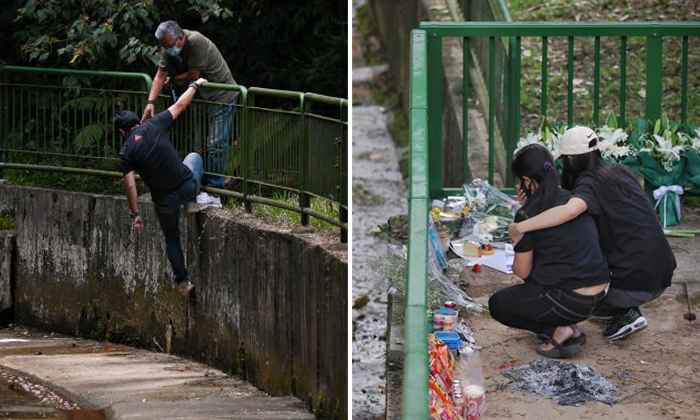 Investigators visited a canal at the Greenridge Crescent playground on Tuesday (Jan 25), ahead of an expected scene visit with the father of the 11-year-old twins who were found dead there last Friday (Jan 21).

The father, Xavier Yap Jung Houn, 48, was charged with the murder of one of the boys, Ethan, on Monday.

At about 2.15pm on Tuesday, two officers in plain clothes arrived at the playground in Upper Bukit Timah.

They were seen walking around the area, and are believed to have been establishing the entry points into the area and the canal.

One of the men who was taking notes on a clipboard climbed down into the canal, appearing to be measuring the distance from the railings to the concrete base.

The men later walked farther away from the area, along a pathway behind the nearby houses.

They also scoured the foliage around the other segments of the canal in the vicinity of the playground.

The men left after about 10 minutes.

They are believed to have had special needs and attended a school in the Eng Kong estate area.

Their father called the police for help on Friday.

He was later arrested.

During court proceedings on Monday, the police prosecutor asked for him to be remanded for one week with permission to be taken out for investigations, including scene visits.

Numerous offerings, notes and flowers have been placed by the canal on a pathway.

Behind the offerings and along the canal appeared to be about 40m of trampled foliage, leading to a larger, covered portion of the canal. 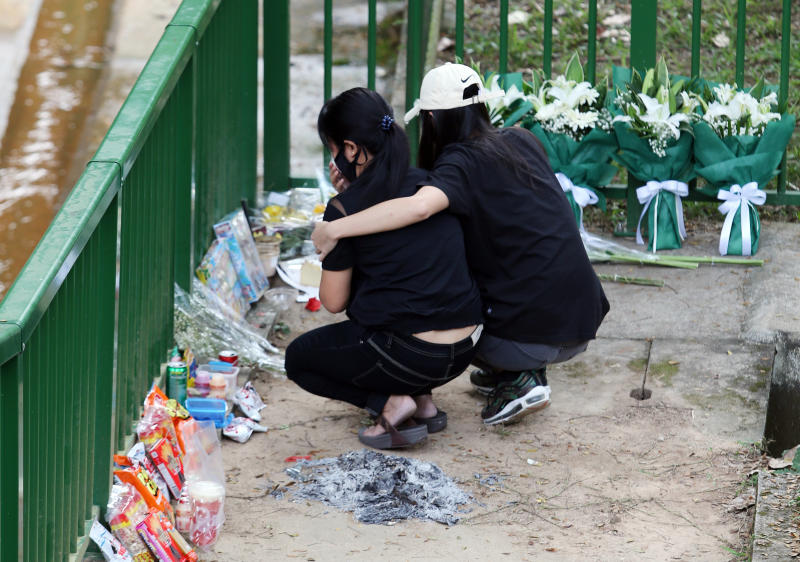 A woman is seen weeping and consoled by her companion at the canal next to Greenridge Crescent playground on Jan 24, 2022, where the bodies of 11-year-old twin boys were found on Jan 21. Photo: Shin Min Daily News

Remnants of police presence, including tape, remain around the spot in the canal where the boys are believed to have been found.

Lawyer Anil Singh Sandhu, who is representing the father, told the court on Monday that the family is grieving the loss of the twins.

Police said the boys were found on Friday evening lying motionless in the canal and were pronounced dead at the scene by a paramedic.

If convicted of murder, Xavier Yap faces the death penalty.