Inspiring Teachers Awards: Mr Lim not only helped me boost my grades but also my self-confidence 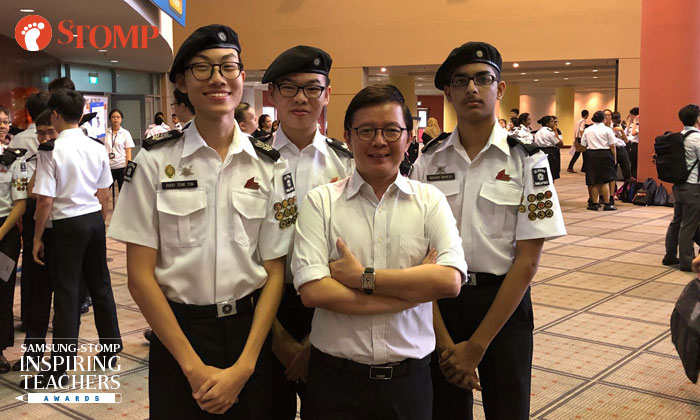 His performance affected his self-confidence. However, his biology teacher Mr Lim Meng Chye helped to build up his confidence and encourage him in his schoolwork.

"Just a short introduction of myself, I was not doing academically well in upper secondary, especially for biology. Barely scraping through, in fact. I was a freethinker, often regarded as shy and an introvert. I lacked self-confidence due to my academic struggles. I did not seem to express my struggles well and often doubted myself.

"Thankfully, it changed this year. My biology teacher, Mr Lim Meng Chye helped me to boost not just my academic grades, but more importantly, my self-confidence. In the process, he introduced me to the Christian Faith, which opened me to the exploration of finding my own faith.

"When I was consistently stagnating at the same low grades in biology, I shared my problem with Mr Lim. He comforted me that I was not alone in the fight to overcome the problem.

"He suggested turning to God to ask for help and guidance. He also sent me texts of bible quotes.

"When we met in school, he gave me advice on how to study smart for biology.

"In addition, he volunteered to check on my biology knowledge at the end of the school week. He opened up more consultation slots for me even though his schedule was very packed.

"Over time, I began to feel confident when approaching biology questions. The daily work checks have also helped me to be more disciplined in completing my daily workload. I also began to look to God more often as a pillar of support due to Mr Lim's constant encouragement to trust and place faith in God.

"When I shared my struggles with Mr Lim such as my confidence and low self-esteem, he shared with me an article on The Daily Bread. I still recall that the article was about the belief that God has on all human beings.

"Mr Lim explained to me slowly about how important it was to trust yourself with God's presence. He then recommended me to read more of such articles to find out more about God. This opened me up to reading such articles on The Daily Bread and reflecting on them.

"As time progressed, I began to learn more about God and how he has helped others. Mr Lim also chatted with me about God and even discussed a scripture with me to enhance my knowledge about God.

"Ever since I got to know Mr Lim, he had been very open and welcoming. Sometimes when I feel down, he is open to seeing me and to talk about my problems.

"He understands my problems well and tackles them slowly. His step-by-step approach to solving a matter has enabled me to solve a problem in a cool composed manner.

"Mr Lim's support has also allowed me to be thankful for the many people who are always supporting me in times of fear. He is more of a brother and friend.

"I am glad to be able to meet such a pleasant and kind soul. It was not easy to come by such a person, and I feel that he has indeed done some good to me within a short span of half a year to allow me to overcome my problems patiently, just like a brother."

The contest is now closed and winners will be contacted shortly.