Injured cyclist's $578,000 negligence suit against PUB settled out of court after one day of trial 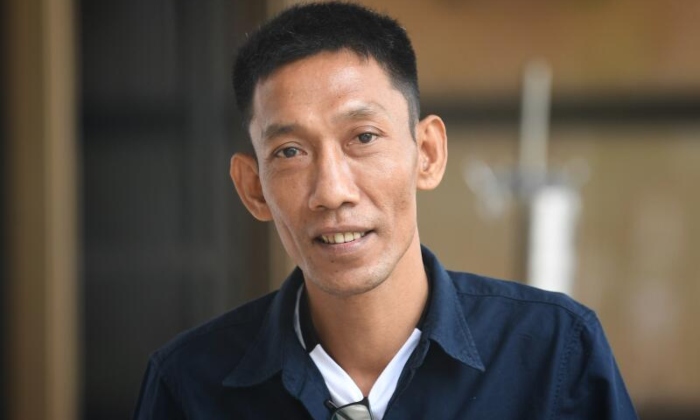 After one day of trial, a negligence suit brought by a cyclist against PUB was resolved on Wednesday, after he accepted a settlement offer that had been made earlier by the national water agency.

The terms of the out-of-court settlement are confidential, with no admission of liability by PUB.

He suffered head and spine injuries, as well as facial fractures, on Jan 16 last year after the front wheel of his bicycle got caught in a 3cm gap of a drain grating along Changi Point Coastal Walk.

In a statement on Wednesday, PUB said through its lawyers: “Following the commencement of the trial, and before PUB’s witness could give evidence, the plaintiff decided to accept an earlier offer from the defendant, the terms of which are confidential.”

PUB said the offer had been made before the trial.

The agency, which was represented by Ms Grace Tan and Mr K. Anparasan of WhiteFern, added that it wished Mr Maung Maung well in his rehabilitation.

In a separate statement, Mr Maung Maung’s lawyers, Mr Richard Tan and Ms Cynthiya Charles, said they were pleased the matter was settled.

They added: “Mr Maung Maung can now concentrate on his rehabilitation in Myanmar. He has been unable to work since the accident due to his injuries.”

A trial scheduled for three days to determine the issue of liability began on Tuesday, with the plaintiff and the friend he was cycling with at the time taking the stand.

In his affidavit, Mr Maung Maung said dried leaves along the side of the road obscured his view of the gap. He also said he noticed that the gratings along the road were replaced after his accident.

He contended in his suit that PUB had breached the duty of care it owed him by failing to ensure that drain gratings along the road were safe for road users.

PUB denied it was negligent and argued that it did not owe him such a duty of care.

The agency’s sole witness, the chief engineer of drainage operations, was slated to take the stand on Wednesday to give evidence on the design and structural maintenance of drain gratings.

In court on Wednesday morning, lawyers on both sides told Justice See Kee Oon that the parties have resolved the matter.

The judge granted permission for Mr Maung Maung to file a notice of discontinuance within eight weeks to formally end the proceedings.

Related Stories
Injured cyclist sues PUB for $578k over drain grating, PUB says probability of injury 0.00001%
Cyclist blocks car with his bicycle to confront driver for allegedly honking at him
Cyclist blocks traffic at Punggol zebra crossing so that his family can ride past first
More About:
court
cyclist
bicycle
lawsuit
PUB
settlement