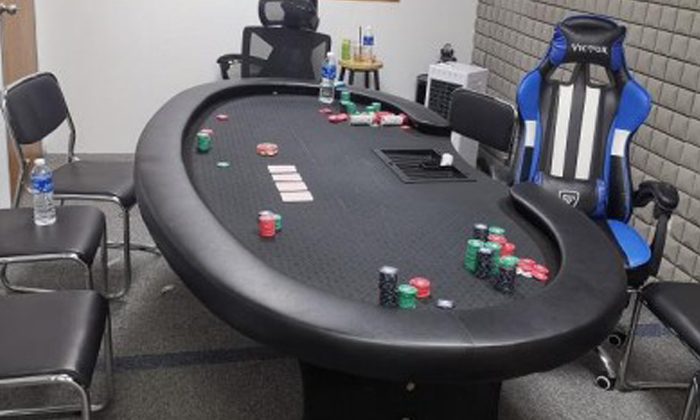 Eleven men, aged 21 to 38, were arrested during a police raid on Saturday (Oct 17) for offences under the Common Gaming Houses Act.

The police said that officers from Ang Mo Kio Police Division raided an industrial office space along Ang Mo Kio Street 64 which had been allegedly operating as an illegal gambling den.

Preliminary investigations revealed that a 32-year-old man purportedly operated the gambling den, with two men, aged 21 and 38, assisting in the management of the illegal operations.

Eight other men, aged between 23 and 38, were found to have participated in illegal gambling activities.

Under the Common Gaming Houses Act, anyone found managing or assisting in managing a common gaming house shall be liable upon conviction, to a fine between $5,000 and $50,000, and up to three years in jail.

Those found gaming in a common gaming house shall be liable upon conviction, to a fine of up to $5,000 and/or imprisonment of up to six months.

"The police will continue to clamp down on criminal activities. Those found engaging in such activities will be dealt with sternly in accordance with the law," they added.