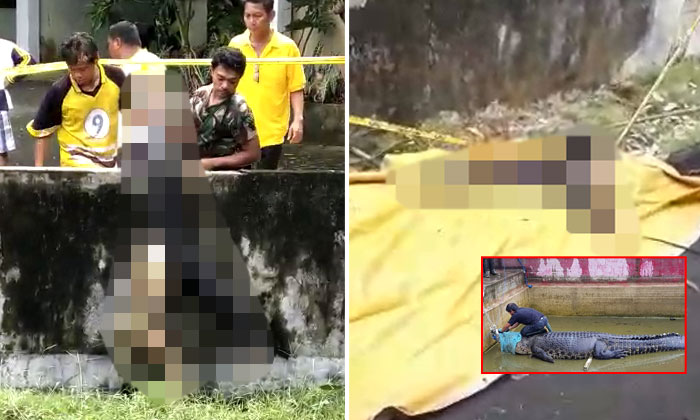 A 44-year-old Indonesian woman was mauled to death by her pet crocodile named Merry on the island of Sulawesi on Jan 10.

Deasy Tuwo, the head of a laboratory at a pearl farm in Minahasa, North Sulawesi, was killed by the 4.4m reptile after she reportedly fell into its enclosure.

The badly mauled body was found by colleagues the next morning, reports AFP via AsiaOne.

Videos circulating on social media, men are seen pulling Deasy's body out of the enclosure.

Half of her torso is missing.

Stomp will not be posting the videos due to their graphic nature.

According to reports, the crocodile had eaten one of the woman's arms and most of her abdomen was missing.

Merry was sedated and removed from its enclosure on Jan 14 in a three-hour operation that involved dozens of people including conservation officials, the army and police.

It was revealed that the reptile was being owned illegally and has since been transferred to a conservation area.