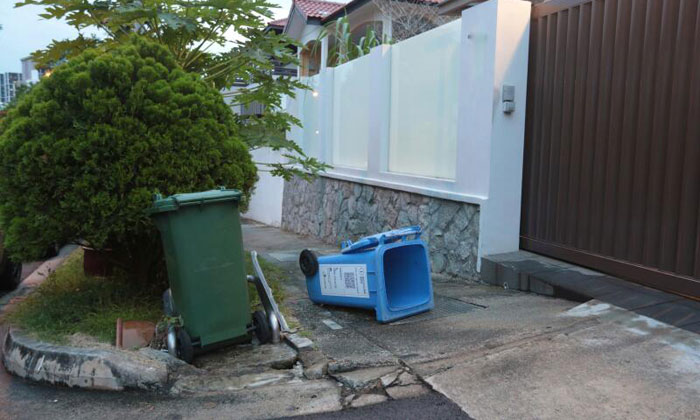 A 29-year-old Indonesian woman has been arrested for her suspected involvement in abandoning her newborn baby inside a recycling bin along Tai Keng Gardens, in a private estate near Upper Paya Lebar Road.

The police said in a statement on Wednesday afternoon (July 29) that they were alerted to the incident on Monday (July 27) at about 7.47pm.

Officers from Ang Mo Kio Police Division established the identity of the woman and arrested her on Wednesday.

The woman is believed to be the mother of the child and the police are looking into the identity of the child's father.

She will be charged in court with exposure and abandonment of a child under 12 years old on Thursday (July 30).

The offence carries a jail term of up to seven years, or a fine, or both.

"The police would like to express our appreciation to the members of the community who provided valuable information which aided investigations and contributed to the arrest," the statement said.

The Straits Times earlier reported that the baby boy was found after he was heard crying in a recycling bin.

A resident said his son-in-law discovered the baby, who was wrapped in a towel and placed in paper bags, shortly after a family dinner.

The family called the police and the baby was taken to KK Women's and Children's Hospital.

There were no visible injuries on the baby and his condition was stable, a police spokesman said.