Indonesia woman arrested for walking around pharmacy -- in thongs 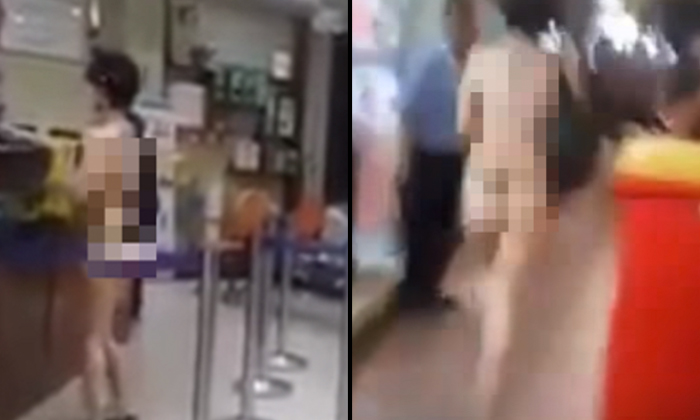 A woman was arrested after getting caught walking around in a pharmacy at the Taman Sari district in Indonesia -- clad in nothing but a pair of thongs.

A video of the incident which had been circulating online since last Friday (Jun 2) showed the eccentric woman at the pharmacy counter.

After paying for her goods, the woman hurried out of the store, covering her breasts with her arms.

The woman also stopped by a beggar on the streets to give money, before boarding a taxi.

It is understood that the woman has been arrested, reports Coconuts Jakarta.

“Yes, we arrested her earlier, after our officers uncovered her identity.”

The woman has been identified as 26-year-old Vioina Magdalena, who was arrested from her home in Setiabudi, South Jakarta on Monday night (Jun 5).

It remains to be seen if she will be charged under Indonesian’s strict anti-pornography laws.