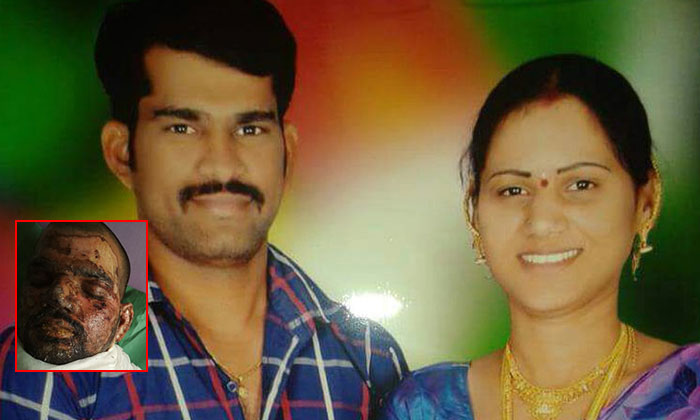 An Indian woman decided to disfigure her lover to pass him off as her dead husband, but her ruse was exposed after he refused to eat a bowl of mutton soup.

The woman, M. Swathi, 27, worked as a nurse at a private hospital in Nagarkurnool town of Telangana state until she was arrested on Sunday (Dec 10) for the alleged murder of her 32-year-old husband, Sudhakar Reddy.

Swathi allegedly had an affair with her physiotherapist, Rajesh, and the two devised a plan to kill her husband, reports local media.

The two reportedly injected Mr Sudhakar with anaesthesia on Nov 27.

When he was rendered unconscious, they bludgeoned him on the head with an iron rod, killing him.

According to The Straits Times, they burned his body after the murder and dumped it in the Nawabpet forest.

Swathi then came up with a plan to disguise her lover as her dead husband, by pouring acid on his face and telling her family that he had been attacked.

It is believed that she planned for him to undergo plastic surgery so he could eventually replace her dead husband.

Despite their crafty schemes, Mr Sudhakar’s family became suspicious when Rajesh refused to eat mutton soup served at the hospital.

Rajesh had apparently told hospital staff that he was vegetarian, while Mr Sudhakar was not.

The family’s doubts were compounded when they started to notice differences between Mr Sudhakar and Rajesh’s behaviour.

They tested him by asking him to identify relatives.

As expected, Rajesh failed to answer the questions.

He stopped talking after and started communicating by signalling with gestures instead.

The couple's plans fell to ruins after the police conducted fingerprint tests and found discrepancies between Sudhakar and Rajesh’s prints.

Swathi subsequently admitted to killing her husband, after interrogation by officers.

She also confessed that she was inspired by a 2014 Telugu movie, ‘Yevadu’, which tells a story about an injured young man who had been given the face of his plastic surgeon’s dead son.

Swathi said that she used to patronise Rajesh’s clinic for physiotherapy sessions two years ago.

However, the police uncovered that Rajesh was not a qualified physiotherapist, as he had dropped out of the four-year course during his first year.

Swathi revealed that she was unhappy in her marriage and had told him about it.