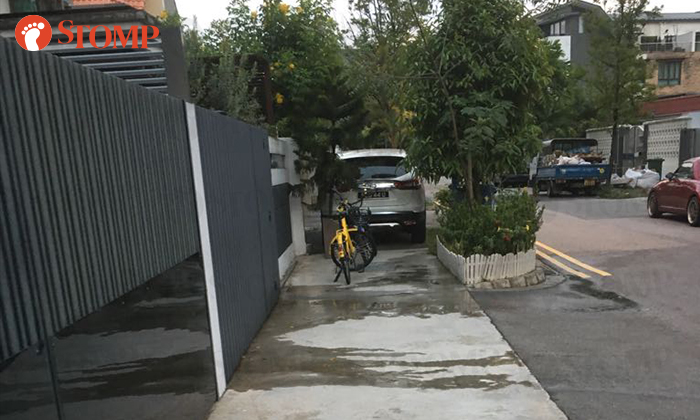 A man had been parking at the footpath along Berwick Drive for nearly a year, forcing residents in the Serangoon Gardens estate to walk on the road.

In a telephone interview, a Stomper who lives in the estate said, "He is really selfish. The foot path is meant for people to walk."

The Stomper also said that this has been going on for almost a year.

According to the Stomper, enforcement officers had previously warned him against parking on the foot path as the land belongs to the Land Transport Authority.(LTA)

Residents are only allowed to park their vehicles within the compound of their homes.

The Stomper said, "After the officers came, he stopped parking there but after a while he still continued parking outside."

"Nobody can walk along the foot path and we are very scared to walk along the road. The bus sometimes drives really fast on the narrow road," added the Stomper.