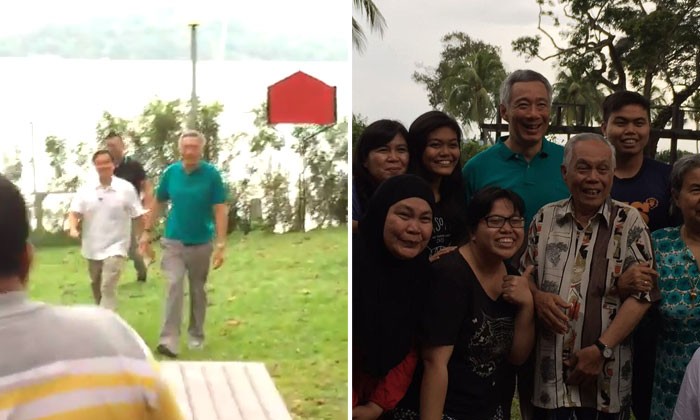 Twitter user Nad was having a casual chalet party when an unexpected guest, Prime Minister Lee Hsien Loong, arrived at her family chalet.

She posted a video of the incident on Twitter.

In the video, her excitement could be heard as she squealed, "What is going on? Oh, my god. Oh, my god. What is happening?"

She also uploaded a photo of her family posing with the Prime Minister on Twitter.

According to Nad, the Prime Minister was walking around nearby and her aunt had called out to him.

He then came and graciously greeted them.

Her post has also gotten a spot in Trendsmap, Singapore.

LEE HSIEN LOONG JUST WALKED UP TO OUR CHALET??? WHAT IS HAPPENING HAHAHAHAHAHAHHAHA pic.twitter.com/zacfrKWPPs

Related Stories
PM Lee to be on 1 week medical leave after taking ill during National Day Rally
Can you spot him? Here’s how PM Lee looked like when he was in school
Student Kenneth Sng had S'poreans' curiosity -- and now has PM Lee's attention
shocking
surprise
Prime Minister visits chalet
shouting
happy