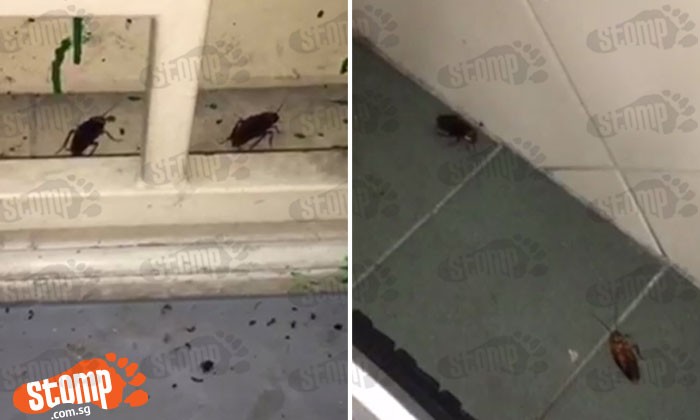 Stomper Patrick is a resident of Block 8 North Bridge Road and he uses up to 5 tins of insect spray per week to get rid of at least 50 cockroaches per day.

Living at the thirteenth floor, he suspects that the cockroaches has been coming in and out of three other units from the same floor.

According to the Stomper, this has been going on for more than two months, starting from September.

His neighbours and him find it to be a big problem which has resurfaced from a year or two ago, although it was much worse then.

Patrick shared how his neighbour's flat had almost 1,000 cockroaches creeping in his house at the time and the incident was featured in Wanbao.

Patrick said, "I have three kids staying with me and they are afraid to step out of the house to go to school daily.

"It is now getting worse because the cockroaches are breediing."

The Stomper mentioned how he had reported the matter to authorities but to no avail.