Fire breaks out at Block 4 Sago Lane in the early morning: 2 occupants sent to SGH for smoke inhalation 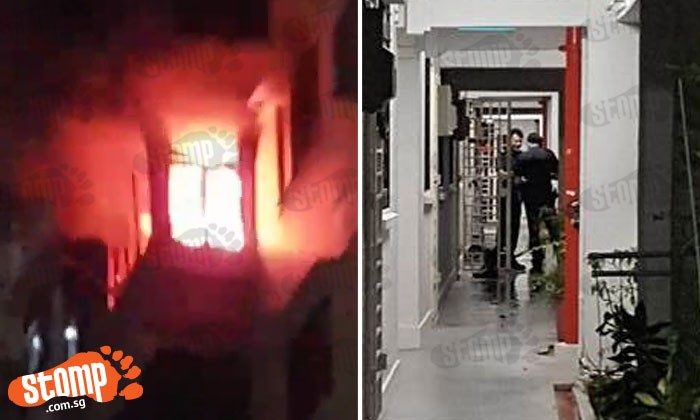 Stomper Yin Khay was at Block 4, Sago Lane in Chinatown when a fire erupted on the 10th floor this morning (Jan 23) at around 5am.

The Stomper mentioned she saw one of the unit's balcony caught on fire.

She said, "Firefighters knocked on some units' doors to evacuate people.

According to the Stomper, the fire was put out in half and hour.

Singapore Civil Defence Force confirmed it received a call at around 5am regarding a fire at Sago Lane.

Upon arrival, the firefighters rescued and evacuated two occupants of the unit, a Chinese female in her 80s and a Chinese male in his 50s.

Both suffered from smoke inhalation and were conveyed to Singapore General Hospital.

The fire was in the flat's kitchen and was extinguished using a compressed air foam jet and a water jet.

15 residents from the block's upper floors self-evacuated while two fire engines, two red Rhinos, an ambulance and a support vehicle was deployed by SCDF.