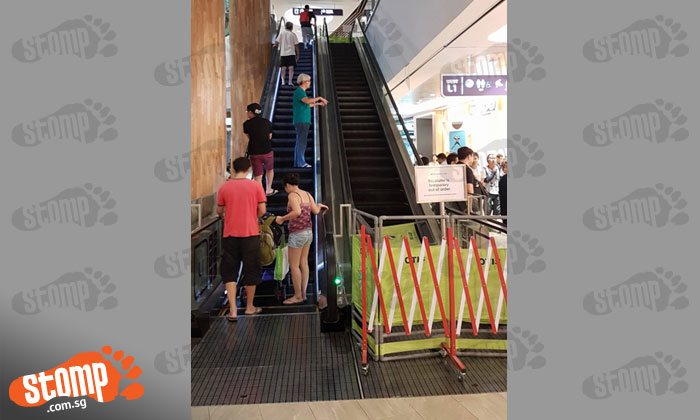 Stomper Joe was affected by a hold-up caused by an escalator that had broken down at Punggol Waterway Point.

According to the Stomper, the down-riding escalator was under maintenance which led the lift lobby to be packed with shoppers on Saturday (Oct 29).

"If you already know how packed Waterway Point is on a normal weekend, imagine how packed it is on a public holiday with the escalator under maintenance.

"I saw a security guard and asked him if it was possible to stop the up-riding escalator so that people could at least walk in both directions on that escalator and leave the lift usage to those who need it."

However, the security officer apparently told the Stomper that the mall management was on holiday due to it being Deepavali.

Joe was concerned at the restriction of access when escalators are under maintenance.

"These mall operators need to care about the safety of its users.

"What if there was a fire?"