As if the haze isn't bad enough: See how this uncle burns offerings 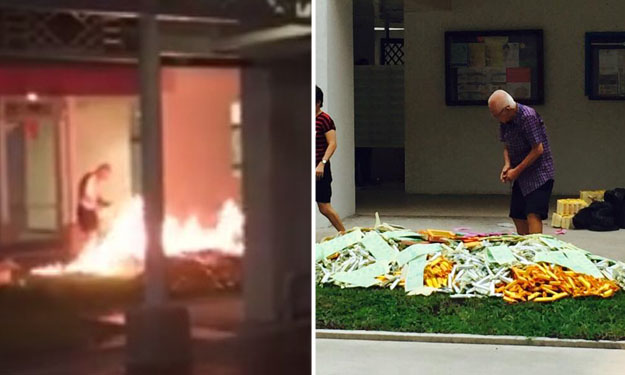 An elderly man was seen burning an incredibly large pile of paper offerings on the grass patch -- and not ultilising the bins provided.

The Facebook user first saw the man with a large pile of unburnt offerings.

However, when he suggested to the elderly man to put them in a bin, the latter said, "So much how to fit in the bin?"

Later, he came across the same man again at 2.26am -- this time burning yet more extremely large piles of incense paper.

He took a video, showing the raging fire and smoke from the burning.

Victor wrote, "Same guy. Look at him, now 2 piles on a different patch of grass within the same field."

The clip has already garnered more than 9,900 views, 190 shares and counting.

It is unclear where this occurred at.