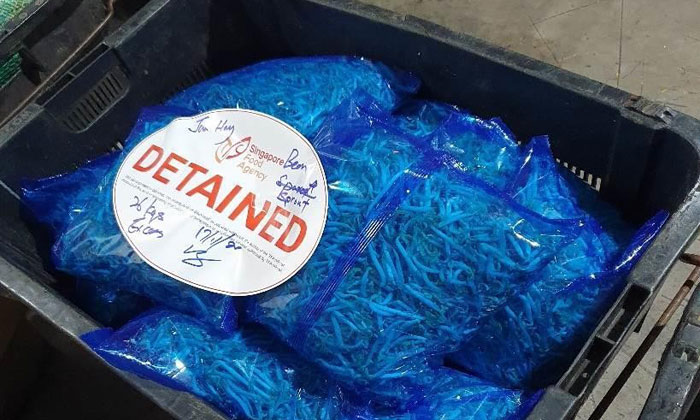 An import company and its director were both fined on Wednesday (Nov 3) for illegally importing fresh and processed food items.

In a joint operation conducted by the SFA and Immigration & Checkpoints Authority (ICA) last year, a truck carrying food produce consigned to Jun Hang F&B was detained by ICA officers at Woodlands Command.

They then referred the case to SFA, the agencies said in a joint statement.

The company was fined $6,500 for illegally importing fresh vegetables for sale while its director Tan Hwee Meng, 59, was fined $5,000 for failing to prevent the offence from being committed.

Food can only be imported by licensed importers and every consignment must be declared and accompanied with a valid import permit, said the statement.

Illegally imported vegetables are of unknown sources and can pose a food safety risk, for example, if it is unregulated or a high level of pesticides is used, the statement added.

The ingestion of excessive pesticide residues through consuming vegetables that have been subjected to pesticide abuse could have adverse health effects.

Those found guilty of illegally importing fresh fruits and vegetables can be fined up to $10,000, jailed for up to three years, or both.

It added that ICA would continue to conduct security checks to detect and deter smuggling attempts.

Importer Jun Hang F & B Pte Ltd was fined $6,500 by the Court today for illegally importing fresh vegetables for sale. ...

SFA will continue to safeguard food safety through its integrated food safety system, which includes strict import regulations and enforcement, the statement said.

It added that SFA will work closely with border control agencies to deter illegal import across Singapore's borders.