'I'm selling my My Melody holder on Carousell for $1,001': TNP columnist 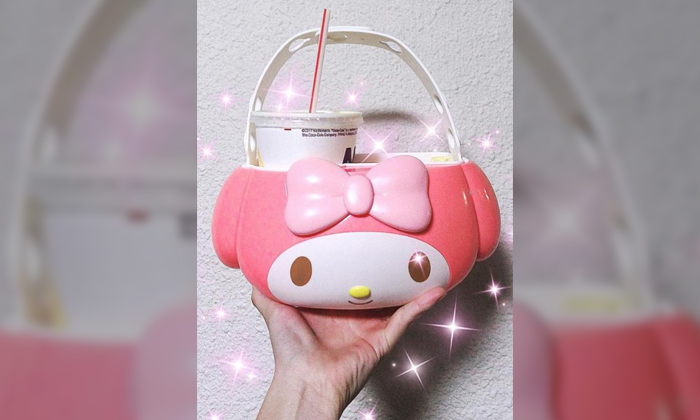 I admit, before last week, I had never heard of My Melody.

But when McDonald's posted on Facebook last Monday that the My Melody holder "that took Japan by storm" was coming to Singapore on Dec 6 and that you should "grab yours before it's too late", I knew I had to grab mine before it was too late.

It was only later I found out that My Melody is a rabbit born in the forest of Mariland, wherever that is, whose favourite hobby is baking cookies with her mother.

Her favourite food is almond pound cake, which she enjoys eating with her best friend, a mouse named Flat, according to Sanrio.com.

My Melody is also the best friend of Hello Kitty, who is the much more famous Sanrio character, which made me wonder why McDonald's isn't offering a Hello Kitty holder instead.

Probably because it wasn't a Hello Kitty holder "that took Japan by storm".

Remember when queuing for Hello Kitty merch at McDonald's was a tradition as Singaporean as ridiculing the Miss Universe Singapore national costume?

The queues got so out of hand in 2013 that the next year, McDonald's started selling the mouthless feline online and the queues disappeared like Robin Thicke's career.

The tradition was no more.

So why didn't McDonald's sell the $6.90 My Melody holder online too?

One reason could be that My Melody is no Hello Kitty and McDonald's wasn't expecting the same demand.

RETURN OF THE QUEUES

Yet when I went to the 24-hour McDonald's outlet in Yew Tee at 2am last Thursday, a My Melody queueing point had been set up.

But there was no queue.

So maybe people didn't care that much about the cute bunny after all.

McDonald's had announced that it would start selling the holder at 4am and I was two hours early. I was being kiasu for nothing.

So I decided to go home and come back two hours later. But I overslept and by the time I returned at 4.30am, a queue had formed.

Dammit. If I had stayed, I could have been first in line.

Instead, I had to queue for half an hour for my My Melody holder.

It felt like old times when I used to queue (unsuccessfully) for the black Hello Kitty Singing Bone doll back in 2013.

It was also an expected communal experience, waiting in line at an ungodly hour for a children's novelty item with my fellow Yew Tee residents, which I would have missed out on if I could order the stupid thing online.

Each customer could buy up to five holders, but I bought only one. By 11.30am, it was sold out islandwide, according to McDonald's.

To show off my achievement, I posted a selfie with my hard-earned My Melody holder in a WhatsApp group of my ex-secondary school classmates.

One of them commented: "OMG. U woke up and Q but only bought one piece?"

Just to make sure that he really hurt my feelings, he included a Rolling On The Floor Laughing emoji.

I'll show them by selling my My Melody holder on Carousell for $1,001.

Someone else had already listed it on Carousell with the asking price of $1,000, "hoping" it would mentioned in the newspapers.

That's why I'm charging $1 more - so that mine is the most expensive.

Who's rolling on the floor laughing now?

My Melody might just become my new favourite character.

Related Stories
Couldn't get $6.90 My Melody holder from McDonald's? You can buy it from scalpers... at $48
'I'll never eat luncheon meat again, thanks to S-hook ah lian': TNP columnist
Men re-sell F1 tickets near City Hall MRT Station at $100 each: Here's how they make a profit
More About:
funny
McDonald's