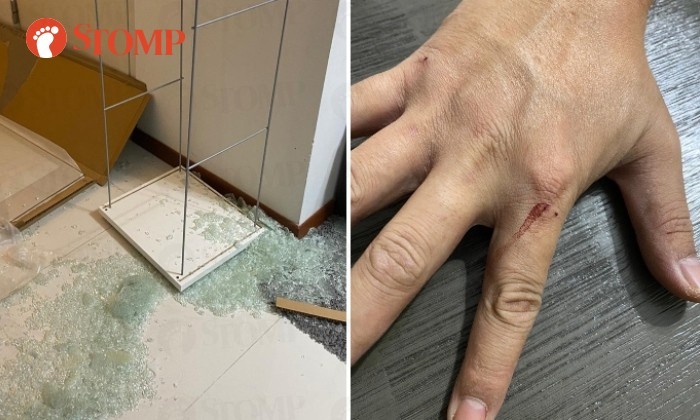 When Stomper Alex and her husband saw that the Ikea glass cabinet they had been eyeing on was on sale, they rushed to the Tampines outlet on Saturday afternoon (Jan 2) to get their hands on the good deal.

But later that night when they were setting it up with their 10-year-old son, the family met with an expected hiccup. 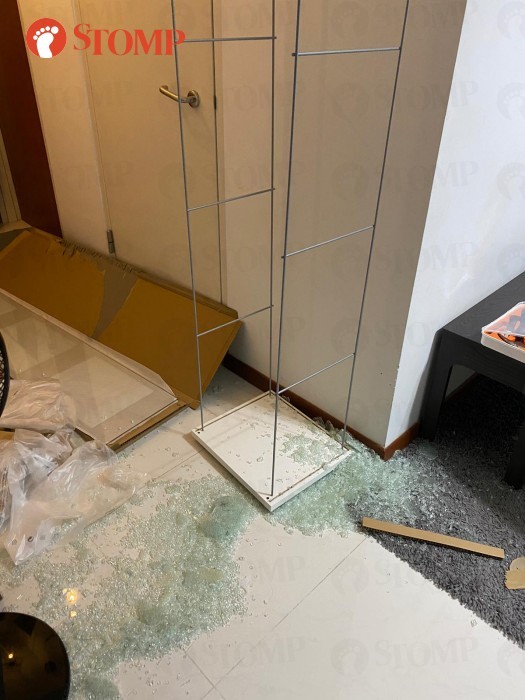 Alex told Stomp: "We were putting the cabinet together and suddenly, the glass just exploded and shattered for no reason.

"We didn't even hit the glass and nothing banged on it earlier. Plus, we weren't even done setting up the cabinet. We just placed the first layer of glass at the bottom when the explosion happened."

Alex added that while she was not injured, the shattered glass landed on her husband's hands and her son's feet. 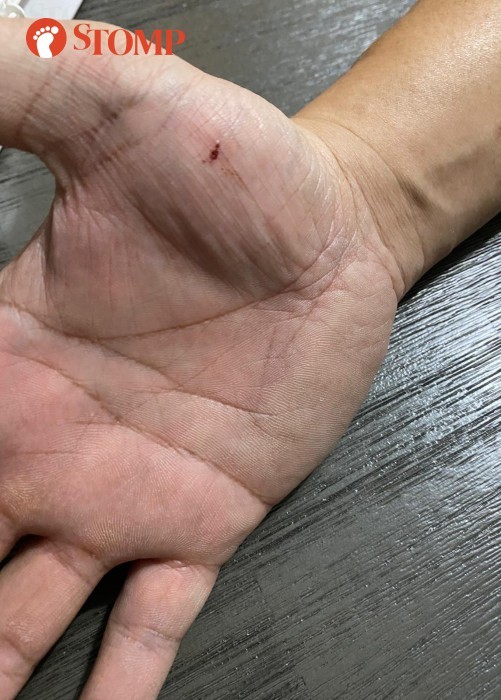 "I didn't manage to take photos of my son's injuries because he was crying. Thankfully, he just got scratched. The scar wasn't too big so I think it was the sight of blood that caused him to cry," Alex said.

"I have no idea why the glass suddenly exploded. We were excited to buy this at first, especially because it was on sale. It was only $69 for a glass cabinet.

"But now, I'm feeling disappointed because this incident caused injuries and quite an inconvenience to my family."

In response to a Stomp query, Corinna Schuler, Head of Corporate Communication at IKEA Southeast Asia, said: "The Deputy General Manager at IKEA Tampines immediately reached out to the customer to personally apologise for this unpleasant experience.

"We were glad to hear that she and her family experienced only minor scratches following the unexpected shattering of her DETOLF cabinet, and we have made a special arrangement in this case to provide a direct refund.

Ms Schuler added that tempered glass is used in most household products because it generally does not break into uneven shards but instead, shatters into small pieces.

However, tension caused by a strike, a knock or a scratch stays in the glass and a very small impact can make it shatter unexpectedly. This happens rarely but is a well-known industry issue.

"At IKEA, safety has always been a top priority, and all our products are tested rigorously to comply with the highest international standards and local legislation," said Ms Schuler.

"As always, we will be reporting the incident to our product developers."

This is not the first time an IKEA customer was shocked by the sudden 'explosion' of glass.

In September last year, a Stomper was making a cold beverage for himself when IKEA glass cup he was holding suddenly shattered into pieces.