If you're one of the heroes who rescued boy trapped underneath car in Geylang, please come forward 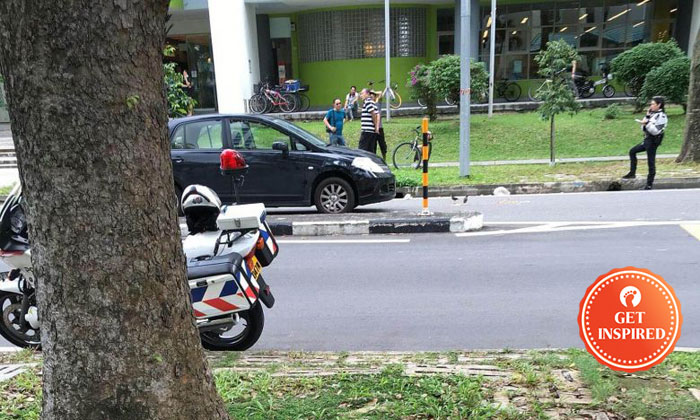 Nearly 10 passers-by rushed to the rescue of a nine-year-old boy who was trapped under a car in an accident at Geylang East Avenue 1 yesterday (Jan 18) at around 3.50pm.

The boy was crossing the road at a raised zebra crossing when he was hit by the car, trapping him underneath.

According to eyewitnesses, eight or nine passers-by came to the boy's aid and attempted to lift the car to free him, reports The Straits Times.

They managed to free the boy within five minutes.

A bystander said that the boy emerged with his legs covered in blood.

In response to media queries, the police said that they were alerted to the accident at 3.51pm.

The boy was conscious when sent to KK Women's and Children's Hospital, a police spokesman said.

If you are or know any of the good Samaritans who helped the boy, kindly contact Stomp with your phone number at stomp@stomp.com.sg or WhatsApp 9384 3761.

We would like to present these heroes with Stomp Goody Bags.

Related Stories
Van overturns at Commonwealth: Journalist, passers-by rushed to save man trapped inside
Motorists and passers-by rush to help elderly man trapped in overturned cab outside SAFRA Tampines
Maid dangling on parapet: She climbed out of window after being locked in room while cleaning
More About:
rescue
heroes
inspiring
kudos
kind-hearted
heartwarming