If this cool biker bro in black flashes his blinkers, you better stop 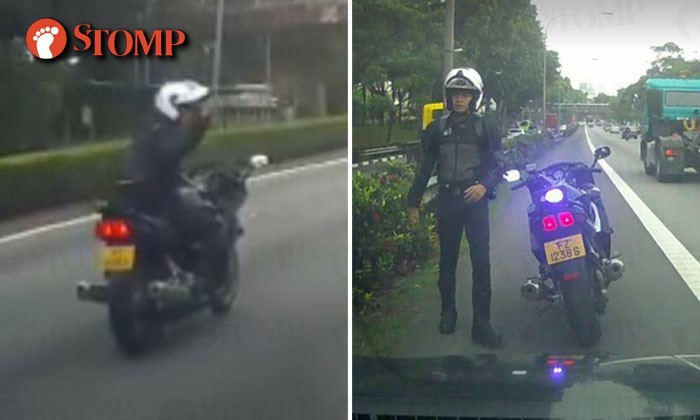 Stomper Mike sent Stomp a photo and a video showing a biker dressed in black on a black motorcycle with a siren stopping a vehicle on the road.

On first-look, drivers who get stopped by someone dressed like that might be suspicious with the latter's actions and decide no to comply with his request.

As it turns out, the biker with the cool black jacket and a 'stylo milo' motorcycle is a traffic police (TP) officer.

Since last year, covert officers on 'stealth bikes' from the TP's Special Operations Team (SOT) that have been deployed to catch errant drivers on our roads, reported The Straits Times.

The SOT's officer commanding said the unmarked motorbikes have proven effective, adding that foreign police forces, such as those in Australia, employ similar tactics.

Drivers, you have been warned...