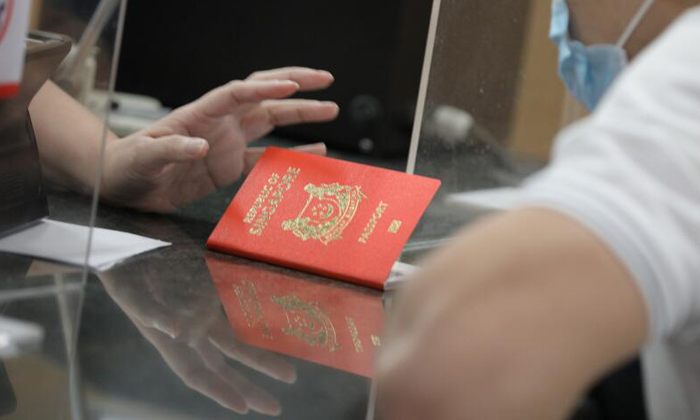 At any given hour, at any second of the day - even on weekends - officers from the Immigration and Checkpoints Authority (ICA) are working to process passports.

So intense has been the operations in recent times that officers are being recalled on their days off and their applications for block leave have not been allowed.

So while many Singaporeans are holidaying overseas with their new passports, many ICA officers are putting their own holidays on hold.

But there is a limit to how sustainable this is, said Minister for Home Affairs K. Shanmugam.

He was replying to a question in Parliament on Monday (July 4) from Mr Dennis Tan (Hougang SMC) about the efforts by the ICA to speed up the current processing of passport applications.

"To deal with the surge in passport applications, ICA has also re-deployed officers from other work units to process passports on a 24/7 basis," Mr Shanmugam said in a written reply.

ICA also revealed in a video posted on Facebook on June 29 that its officers have been working extended hours and doing shift work.

"Many of those who submitted applications had passports that were expiring, or had already expired," said Mr Shanmugam.

"Some had also made travel plans. They were anxious to get their passports and visited ICA Building physically to request that their applications be expedited, leading to long queues and waiting times."

Delays were also caused by other issues, such as applicants submitting photos that did not meet ICA's requirements.

The minister added that the public has been constantly updated on the expected processing time.

He said: "Since early April, ICA has been updating the public of the passport processing time, when it increased to at least a month, and subsequently to at least six weeks as demand continued to spike."

Since October last year, passport collection has been offered at 27 post offices with no additional fee.

This was done to encourage more Singaporeans to collect their documents from these locations and reduce the queuing time at the ICA Building in Lavender.

The minister said that two more post offices will also offer passport collection services from this month, while more collection counters will be added to the existing sites to cater to the demand.

The Killiney Road Post Office and Novena Post Office are expected to offer passport collection services in the coming weeks.

Related Stories
Long wait for your new passports? Here's why
Showing off your flight tickets online? You're setting yourself up
Woman duped foreigners into paying for forged passport renewal appointment letters
More About:
passport
travel
ICA