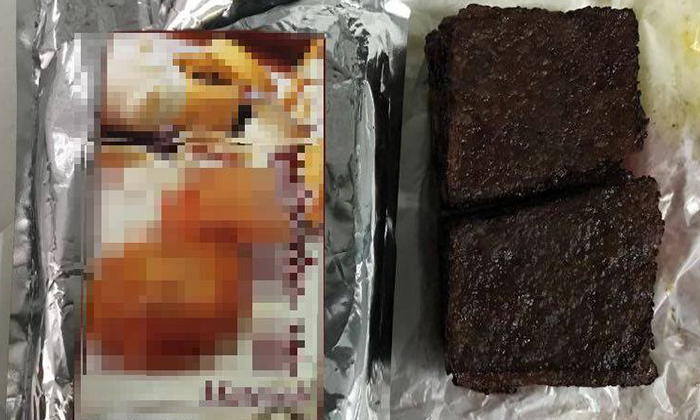 Immigration and Checkpoint Authority (ICA) officers have detected two cases of bak kwa being smuggled via Woodlands Checkpoint over the past two days, said ICA in a statement on Facebook that was released on Feb 8.

ICA said that the in both cases, the packs of bak kwa, were concealed in pastry or cookie packaging.

"As Malaysia is not an approved country for the importation of meat products by travellers, the packets of ‘Bak Kwa’ were disposed of," ICA said.

The cases have also been handed to the Agri-Food & Veterinary Authority of Singapore (AVA) for further investigations.

ICA added that they would like to remind travellers that controlled items like ‘Bak Kwa’ are subjected to travellers’ allowance from approved countries.

Livestock, meat and meat products can only be imported from sources that meet AVA’s animal health and food safety standards.

Travellers are not allowed to bring in any meat, meat products and eggs from Malaysia.

Currently, AVA has approved 21 countries, including Canada, Netherlands and the United States, for import of pork and pork products to Singapore.