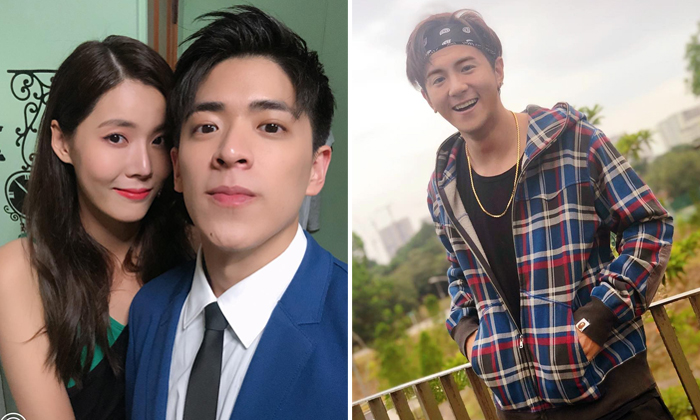 A public spat involving texts, celebrities and relationships looks to have been resolved after its two male leads agreed to move on.

Mediacorp actor Ian Fang has seemingly made peace with Boris Lin - the boyfriend of fellow Mediacorp actress Carrie Wong - after explicit private messages between Fang and Wong were leaked and published last week.

In a comment to a lengthy Instagram post by Lin, where Lin lambasted Fang for "acting innocent and pitiful", Fang said: "I'm sorry for the trouble that this incident has put you through. Thank you for your understanding."

Lin replied to this on Sunday (May 19): "It's good that we are open with each other. I hope this incident can come to an end soon."

Lin, who used to be a model, also told Chinese news outlet Shin Min Daily News he has reached "a common understanding" with Fang, 29.

"Everything we want to say is on our Instagram accounts. Let's not talk about other issues, it's not good for the third party involved," he told the paper, without specifying who the "third party" refers to.

n an earlier post, Lin had questioned the sincerity of Fang's apology and alluded to Fang not going public about a relationship with another person that is an open secret.

Fang has been linked to Mediacorp actress Rebecca Lim, 32.

Private chats between Fang and Wong, 25, which included coarse language that suggested they were in a physical relationship, were leaked last week.

The stars clarified that they are simply close friends and that the messages were sent in jest.

But several days later, Lin, whose relationship with Wong was made public earlier this year, put out a statement which said: "I hope that after this matter, Mr Fang can stop trying to get between our relationship and respect himself and his friends."

Lim has not spoken about the incident publicly nor commented on her relationship with Fang, but netizens have left consoling comments on her Instagram account.

Incidentally, Lin also left comments on her account - when he replied to netizens who criticised his girlfriend, Wong, for getting between Lim and Fang.

He wrote that he does not know about other people's boyfriends, but his girlfriend has never betrayed him.