I thought she wanted sex: Ex-Grab driver on trial for attempted rape of passenger 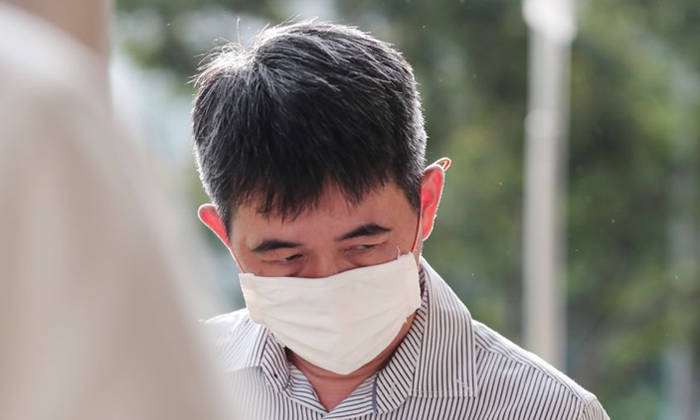 A former Grab driver on trial for trying to rape a drunk passenger told the High Court on Monday (July 19) that the woman started kissing him after they made eye contact in the back seat of his car.

Tan Yew Sin, 46, said he had gone to the back seat to check the address on the identity card of the 19-year-old woman, so that he could dial her unit number on the intercom at her condominium.

"We just kissed and fondled, there was no conversation," the married father of three said.

"I thought she wanted sex," he said, after describing how she had straddled him.

Tan was taking the stand for the first time to give his account of what he said were consensual acts in his Kia Carens in the early hours of May 19, 2018.

He is charged with one count each of attempted rape, sexual assault by penetration and outrage of modesty.

The prosecution contends that the woman did not consent and was not capable of doing so as she was severely intoxicated.

On Monday, Tan's lawyer, Mr Chenthil Kumarasingam, led the accused through the sequence of events, with audio from footage recorded by the in-car camera.

A friend of the woman who had booked a Grab car to take her home was heard telling Tan that the woman was drunk.

However, Tan said he did not think she was drunk as she was able to tell him her address.

He said that when he reached her destination, there was no one at the security guard post and she started crying. He then shifted his car as he did not want to block the driveway.

The woman got out of the car and walked to the condo's side gate, with Tan following. "It's late at night, she's a girl, I felt uncomfortable leaving her alone," he said.

Tan said she became upset upon failing to enter the condo, and they returned to the car, where she continued sobbing.

After some time, he went to the back seat to search her bag for her mobile phone to call for help and looked for her identity card to check her address, Tan added.

He said the woman then rested her head on his shoulder. He did not find her phone, but found her identity card.

After returning the card to her bag, he turned around and looked at her. "The next thing I knew, we ended up kissing," he said.

When asked who initiated it, he replied: "Not me."

Tan said the woman was "very much involved" as they kissed and touched each other.

He said she also performed oral sex on him after they were "not successful in intercourse".

Tan drove to another area to continue the acts. However, the woman became less passionate, so he stopped, he said. He then drove around for 10 minutes before dropping her off at her condo.

When asked by his lawyer why he had muttered an expletive at one point, Tan said he was angry to find himself in such a situation. "I'm trying to have sex with a stranger while my family is at home," he said.

The trial will resume on Thursday next week (July 29).