'I thought I was carrying a dead body': Spanish national who revived drowning man off Kusu Island 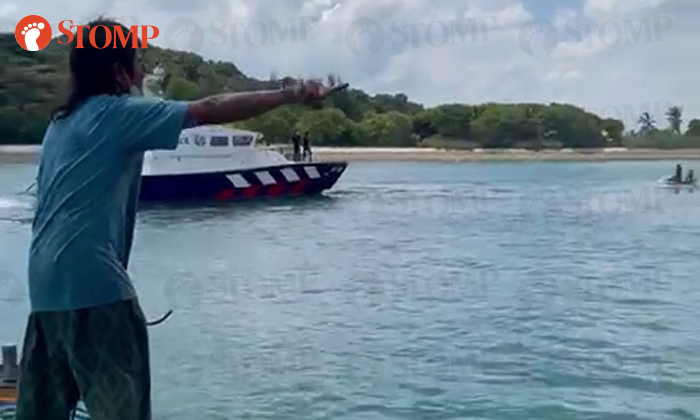 Mr Inigo Nicolas Ortiz was on a picnic on Kusu Island last Saturday (Feb 12) to celebrate his birthday with some friends when he heard people shouting.

At first, he thought they were fellow sunseekers having fun, but the 28-year-old quickly realised that something was amiss.

"We listened more closely and realised we could hear fear and panic in their voices," the Spanish national told The Straits Times on Monday.

"They were waving towards the water and when I looked over, I saw a man floating," he added.

Mr Ortiz immediately ran to the water and swam to the man to help him.

"I thought I was carrying a dead body," he added, noting that the man was unconscious.

As an avid swimmer with some experience in free diving, Mr Ortiz managed to keep the man's head above water and tried to revive him. The man eventually vomited and started breathing again, said Mr Ortiz.

The senior licensing and artist relations manager added: "I was thinking of his family while I was carrying him. Sometimes, he was breathing but sometimes he wasn't. I was just hoping for a good outcome of the situation."

Mr Ortiz's friend, who declined to be named, said he was worried when he saw Mr Ortiz struggling in the water under the large man's weight. The 32-year-old engineer dived in to join Mr Ortiz to help the victim.

With help from some people on jet skis, they managed to get the 28-year-old man onto a boat, which then sailed to Sentosa as Mr Ortiz felt they would get medical help faster there.

"I was running on adrenaline, slapping him to keep him from going unconscious. Slowly, he went from just breathing to mumbling a few words. He tried opening his eyes a few times, but you can tell he was not 100 per cent conscious," Mr Ortiz said.

The police said they were alerted at 2.37pm last Saturday to a suspected drowning incident involving two men off Kusu Island. One was the 28-year-old man who was rescued by Mr Ortiz. The other was a 24-year-old man who is still missing, the police added.

The Singapore Civil Defence Force (SCDF) said it received a call for assistance at 2.40pm and dispatched three marine vessels to the location. It  took the 28-year-old man to Singapore General Hospital after he was rescued by a civilian vessel.

After getting medical help for the man, Mr Ortiz returned to Kusu Island and found out that a second man was in the water whom they had not noticed.

Mr Ortiz's friend, who stayed behind while others were getting help in Sentosa, searched the water for an hour for the second man with other beachgoers. But they could not find him and had to give up the search due to exhaustion.

The friend said: "It was devastating not being able to find the other person. I'm still very shocked and sad about what happened. It took me a while to get over it a little bit, it does weigh on you."

Mr Ortiz later met the family and friends of the two men on the island. He told the brother of the 28-year-old that he was fine and receiving medical help.

"He was in shock, he didn't know how to react," Mr Ortiz said of the brother.