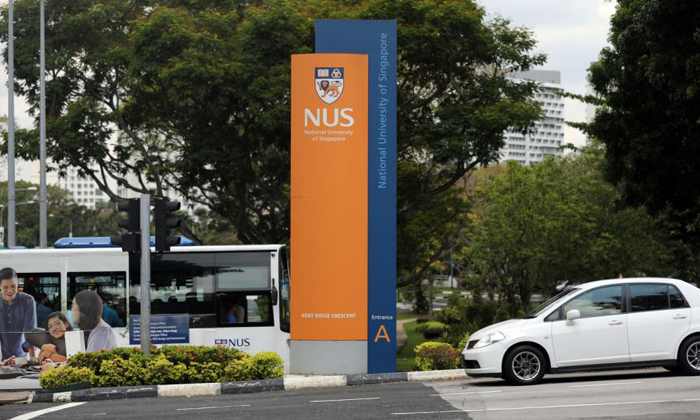 A National University of Singapore (NUS) graduate, who returned to his alma mater in January 2019, trespassed into a female student's hostel room and stole her sex toy as he felt aroused when he saw it.

Products specialist Chua Chang Rong, now 27, trespassed into the woman's room again on July 18 that year and returned it.

Four days later, he sent her lewd texts on messaging platform Telegram asking if they could be "friends with benefits".

He also told her: "I already know your dirty little secret... let me know in advance if you (want to) take up my offer."

Chua pleaded guilty in a district court on Tuesday (March 23) to one count each of criminal trespass, theft and harassment. The woman cannot be identified due to a gag order.

Deputy Public Prosecutor Li Yihong said that the Singaporean got to know the 22-year-old victim through Instagram when he was still an NUS student.

He started following her on the platform as he found her attractive. The woman, however, did not know him.

The woman went overseas from late December 2018 to mid-January 2019 and posted about her travels on Instagram.

Some time between Jan 3 and 9, 2019, Chua went to NUS and managed to enter her hostel block by tailing another student.

"After looking around the hostel, he found the victim's room that had her name marked on the door, which was unlocked."

Once inside, he rummaged through her belongings and felt sexually aroused when he saw her sex toy. He took it and left.

The woman later found her sex toy missing. She then assumed that she had misplaced it.

At around 10am on July 18, 2019, she uploaded a picture online to show that she was at work. Chua returned to her room at around 11.30am that day and saw that she had two new sex toys.

He put back the one that he had earlier taken and snapped a picture of the woman's resume before leaving, the court heard.

Feeling sexually aroused again, Chua reached out to her via Telegram four days later and sent her the lewd messages. He did not reveal his identity when asked and instead referred to himself as "Bobby".

The woman returned to her room that evening and found the sex toy which he had earlier stolen. She alerted NUS' campus security and lodged a police report on July 26, 2019.

Chua is represented by lawyer Raphael Louis who told the court on Tuesday that his client was diagnosed with "adjustment disorder with depressed mood".

The court then called for a report to assess Chua's suitability for a mandatory treatment order. Such an order means offenders will have to undergo treatment to address their mental issues in lieu of a jail term. Chua will be sentenced on May 7.

For theft, an offender can be jailed for up to seven years and fined.