'I kicked the door and wanted to go in to rescue them': Neighbours rush to help toddlers in fire 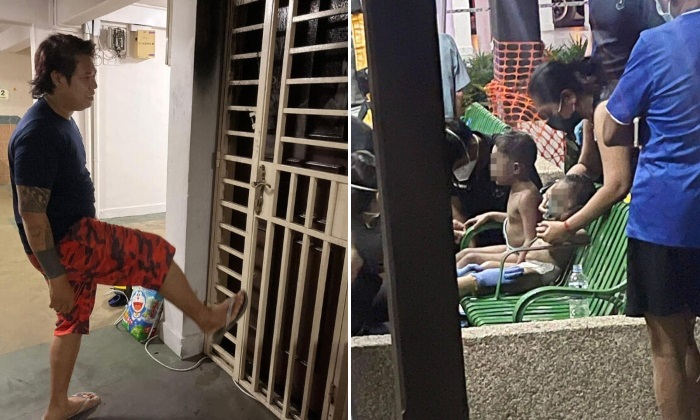 When he heard from a neighbour that a fire had broken out at his block in Marsiling Crescent, former firefighter Muhammad Firdaus Aziz's first instinct was to check if anyone needed help.

"I told my neighbour to take care of my children, and I ran from the sixth storey, where I live, all the way to the second storey, where the fire was," said Mr Firdaus, who has three children aged between three and six. His wife was at work when the fire occurred.

"I was shocked when I realised that it was my friend's flat that was on fire." 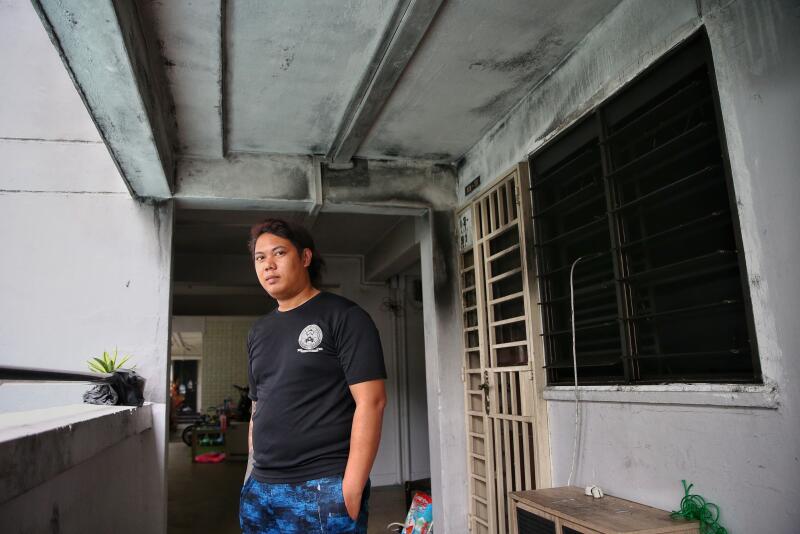 The security guard, 35, told The Straits Times on Friday (June 24) that when he got to the second floor, the corridor was filled with smoke and many residents were evacuating.

"That was when I heard crying from inside the burning flat. I know my friend has two sons. So I kicked the door and wanted to go in to rescue them," he said.

"I took a few steps into the house but the smoke was too thick. I couldn't see anything and I started having trouble breathing."

Determined to help the children, Mr Firdaus, who was a firefighter from 2009 to 2015, went back to his flat to take a face mask and a torchlight to see better in the smoke.

"Thankfully when I went back to the burning flat, the children were already rescued by police officers. So I quickly evacuated too," he said.

The Singapore Civil Defence Force (SCDF) said in a Facebook post on Thursday that it was alerted to the fire at Block 218 Marsiling Crescent on Wednesday at around 10.40pm.

SCDF said that when firefighters arrived, the fire was raging and thick black smoke was coming out from a second-storey unit.

Two police officers rescued the two toddlers, who were alone at home, before SCDF officers arrived. They were found conscious in the living room.

The children were taken to KK Women's and Children's Hospital in two ambulances.

Marsiling-Yew Tee GRC MP Zaqy Mohamad said on Thursday that the toddlers had suffered smoke inhalation but were in stable condition.

About 60 residents from neighbouring units were evacuated as a precaution.

SCDF is investigating the cause of the fire.

FIRE INCIDENT AT MARSILING BLK 218 We were alerted to a fire that broke out at Block 218 in Marsiling last evening....

The parents of the toddlers declined comment when approached by ST. Their neighbours said they moved in less than a year ago.

Mr Firdaus said he was relieved that his friend's children are in stable condition, and praised other neighbours who tried to help the children.

One of them was Mr Sebastian Ng, 26, who lives with his wife and children next to the unit that caught fire. He had initially thought there was a problem with his air-conditioning system when there was a strong smell in his flat.

"I spent five minutes turning on and turning off the air-con until I realised that the smell was not from my flat," said the freelance salesman.

He then saw thick, dark smoke in the corridor before he heard a small explosion.

He and his wife took their two daughters, aged three and six, the younger of whom had been sleeping, as well as their dog, downstairs.

But he returned to the second floor after his wife told him that she heard the neighbour's children crying.

"Actually I was not thinking much about myself then. I guess I thought if anything happened, at least I could run away," said Mr Ng when asked if he was scared.

"The most important thing for me was the children. If the children are safe, everything is okay," he added. 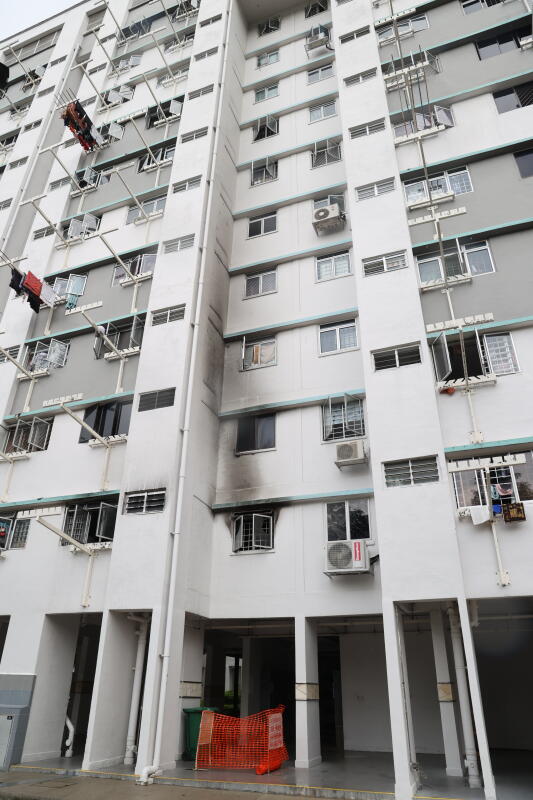 A resident on the third storey who wanted to be known only as Madam Annaboorani said that after she evacuated with her husband, she saw the two children being attended to by firefighters at a shelter near the void deck.

The pre-school teacher, 55, said: "They were just sitting there with only their diapers on. I could tell they were scared. The elder boy had burns on his ears and blisters on his legs. The younger boy was so quiet."

She added: "I kept stroking their backs and comforting them because I know how afraid they must have been. My heart goes out to them, and I just hope they are doing okay now."