'I exposed my adulterous sister right before her wedding' 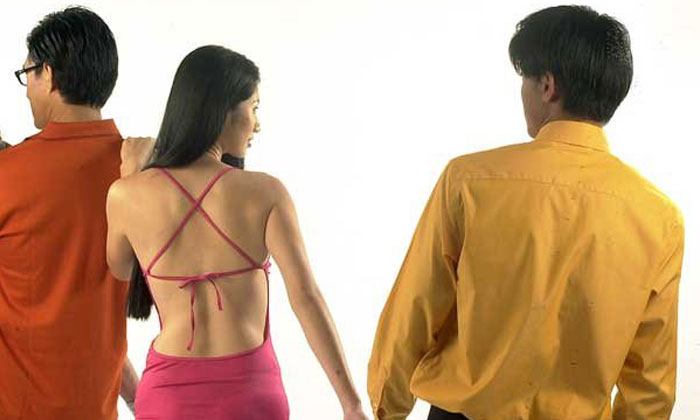 Claudia*, 29, was close to her fraternal twin sister, Charmaine*, but when she discovered that the latter was cheating on her fiance, she refused to let her get away with it.

"When we were in school, my twin sis Charmaine was the wild one who hung out with the older kids and got into trouble fairly often.

I, on the other hand, was the obedient one who stayed home and never got into trouble with our parents and teachers.

Unlike me, Charmaine was also a risk taker; she would do crazy things like cheat during tests, hoping that she wouldn't get caught, and once, she drove a friend's car for a week without a driver's licence.

Once we started our careers, however, Charmaine got her act together.

As a junior lawyer in a big law firm, my sister worked hard and didn't have time to be wild or irresponsible.

A couple of years into her job, my sister met and fell in love with a fellow lawyer, Mark*.

Barely a year after they started dating, they got engaged and began planning their wedding."

"Charmaine and Mark had not even been engaged for six months when I found out that she was being unfaithful to him.

According to one friend, Charmaine would flirt with other guys openly, even if Mark was with her, and when Mark wasn't paying attention, she would give these guys her phone number, making it clear that she wanted to sleep with them.

At first, I didn't want to believe that Charmaine was capable of doing such a thing; it seemed inconceivable to me that she would risk ruining her relationship by messing around with other guys.

Out of concern, I confronted her about her cheating. She admitted that she was being unfaithful to Mark but, to my surprise, she said that she had no intention of cleaning up her act before she got married.

'I feel trapped in my relationship', she told me, 'and I don't want to lose my freedom'.

'So don't get married', I replied, 'because you can't have your cake and eat it, too'.

Her response was dismissive: 'Stay out of my personal business, I'll do what I want and nobody can stop me or tell me what to do'.

Later, when my sister was in the shower, I went through her phone and saw that she'd sent flirtatious text messages and topless photos of herself to several guys who were not her husband-to-be.

I felt horrible for Mark. In front of him, my sister was an angel - doting, attentive and eager to be his wife. But behind his back, she was nothing more than a disloyal and dishonest two-timing b***h."

"The wedding was a mere three months away. Even worse, Mark had all these plans for himself and my sister.

He wanted to start a family with her as soon as possible, quit law and immigrate to Australia to open a small business.

"To this day, I don't know why my sister even agreed to marry Mark.

I suspect that she liked the fact that he came from a rich family and was 'good on paper'.

He made her look better. Deep down, I'm convinced she had no intention of being a suburban wife."

To stop a wedding

"A month before the wedding, I finally got the chance to 'out' my cheating sister.

Mark, my sister and I were alone in the living room at my parents' house. It was 1am and we'd all just come back from supper with the family.

Charmaine had had a bit too much to drink so she was tipsy.

As she talked about how thrilled she was to finally get married, I blurted out: 'So why are you cheating on Mark, then?'

Both my sister and her fiance turned pale with shock. 'What do you mean?'

Charmaine replied, glaring at me. I motioned Mark to check her phone: 'Look at all her text messages'.

Before my sister could react, Mark grabbed her phone off the table and began scrolling through her texts.

Mark said nothing as he scrolled through the messages.

At one point he looked at my sister with pain in his eyes and said, 'How could you do this to me?' My sister tried to explain herself but it was pointless. Without a word, he got up and left the house.

My sister ran up to her room and spent the rest of the night crying.

Needless to say, Mark called the wedding off. It cost his family a lot of money (not to mention a massive loss of face) but there was no way he would've gone ahead with it.

He never spoke to my sister again. As for Charmaine, she never got over my 'betrayal', as she called it; she barely talks to me to this day.

As sad as I am that I've been effectively 'disowned' by my own sister, I know I did the right thing in exposing her sexual shenanigans.

Eventually, I hope she'll realise that I did what I did because she needed to know that 'bad' behaviour comes with consequences."

Related Stories
'Ang moh' gives 'exit interview' about living here: S'pore is great but your drivers are a**holes, influencers are awful
My BF did not want to marry me -- so I lied to him that I was pregnant and had a miscarriage
Heartbreaking confessions from couples about when they knew their relationships were over
More About:
confession
inappropriate
expose
Wedding
cheat
cheating