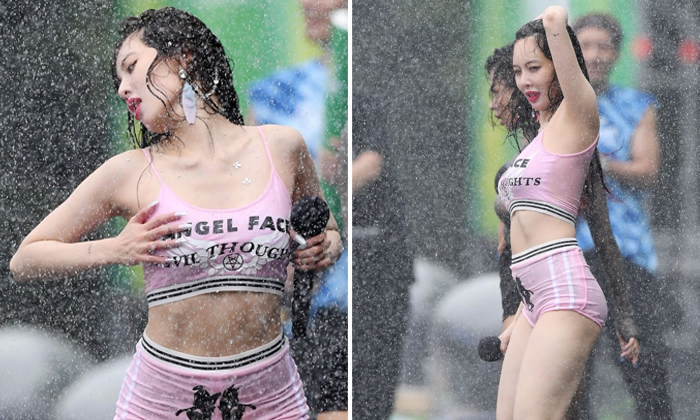 South Korean idol HyunA blew the summer heat away with her outfit and performance at a music festival in Seoul, but not everyone was thrilled about it.

The 27-year-old celebrity attended the 2019 Water Bomb Festival at Jamsil Sports Complex in a pink bra top and shorts on July 21, reported allkpop.

However, she drew flak from netizens for her supposedly seductive dressing and poses at the event.

They felt that her bottoms were too short and inappropriate, especially for a concert that children would be watching.

Comments on online forums blasted HyunA for being 'cheap' and 'weird', with one asking why she was even bothering to wear clothes.

One wrote: "Dirty...she just oozes cheapness," while another said: "This is so, so, cheap. Why isn't someone arresting her???"

View more photos of HyunA's outfit in the gallery.