Hundreds of cars caught in PIE jam, no injuries in accident involving car and trailer 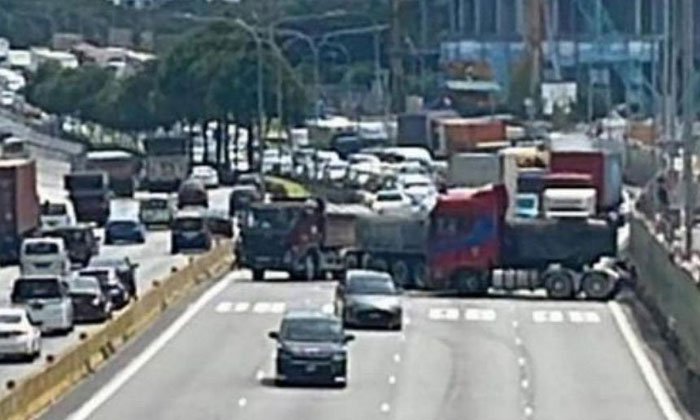 Traffic was brought to a crawl after an accident involving a trailer and a car occurred before noon on Tuesday (Oct 26) on the Pan-Island Expressway (PIE).

The police said they were alerted at 11.03am to the accident near the Thomson Road exit towards Tuas, and that no injuries were reported.

In online footage of the incident, hundreds of cars were seen stuck behind a stationary truck that obstructed three lanes of the expressway.

Motorists had to use the first lane to slip past the truck before the authorities arrived.

The jam stretched back all the way past the section of the PIE near St Andrew's Junior School, more than 3km away, according to another video uploaded on social media.

Around 11.15am, the Land Transport Authority alerted road users of the accident, and advised them in several tweets to avoid lanes two to four.

It is understood that the vehicles involved in the accident have been removed and all lanes are now open.

The Singapore Civil Defence Force said it received a call at 11.20am but its assistance was not required.

The police said investigations into the accident are under way.