Hundreds bid farewell to dad, girl who died in Bedok North fire: 'We will never get to hear your laughter again' 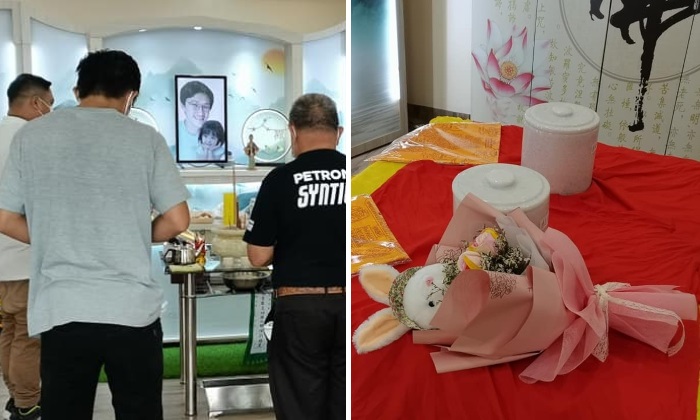 Hundreds of people turned up at the funeral service for the man and his daughter who lost their lives in the Bedok North fire on May 13.

Mr Shen Zhi An, the funeral director of 66 Casket Services, told The Straits Times that the funeral took place on Sunday (May 22) in Pahang, Malaysia, with family members taking turns to pay their respects from 3pm. 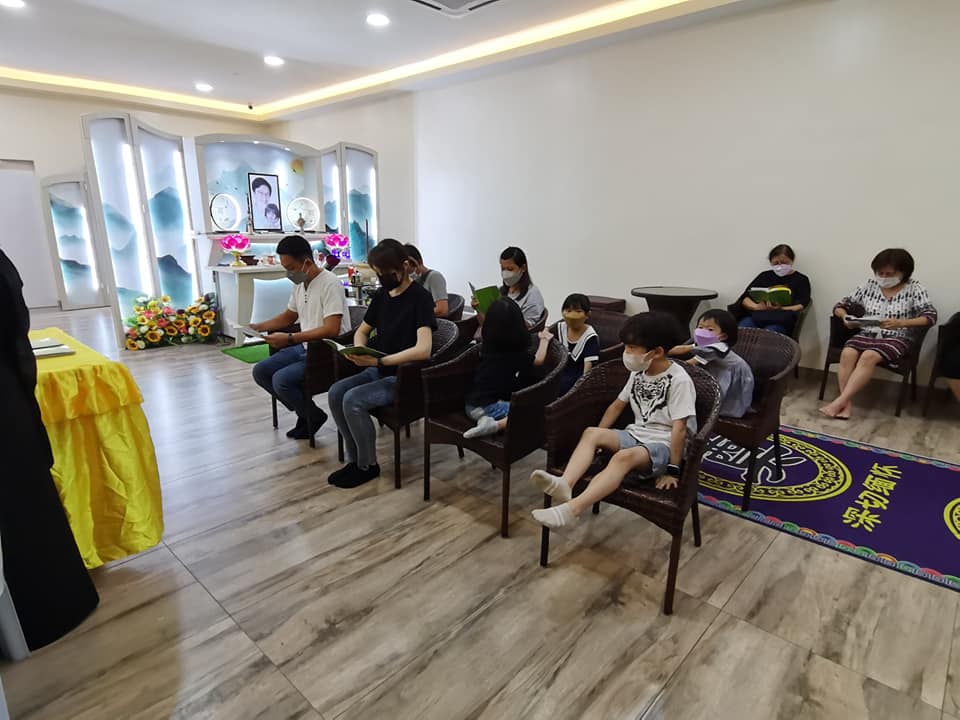 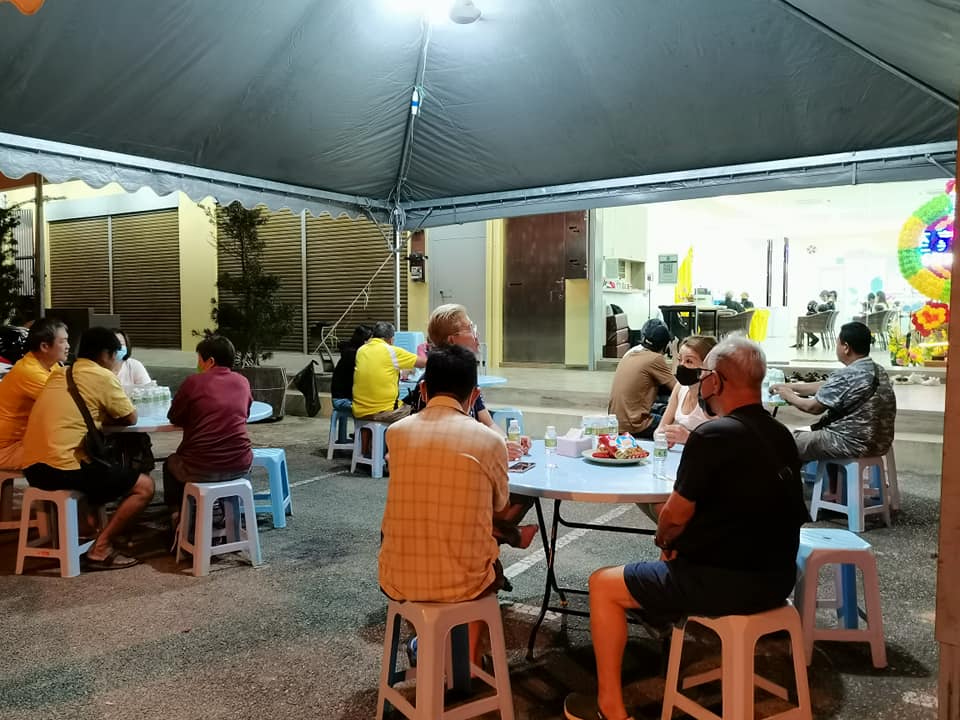 Malaysian Tan Soon Keong, 34, and his three-year-old daughter Hui En were tenants of Ms Aileen Chan, 56, who also died in the fire that engulfed the three-room flat she owned at Block 409 Bedok North Avenue 2.

At about 10am on Monday (May 23), Mr Tan and his daughter were cremated.

Giving an update on her condition on Sunday, Mr Tan Kiat How, Minister of State for National Development and an MP for East Coast GRC where the affected block is situated, said that Mrs Tan remains in intensive care.

He said: "We have got in touch with her immediate family members and are providing them with accommodation and (helping them) link up with the necessary agencies to support them in this period."

On Monday, Mr Shen said he was saddened by the passing of the man and his daughter. "The family wanted a simple ceremony. For the little girl, someone left a bouquet of flowers with a little bunny. I feel sorry for the family's loss." 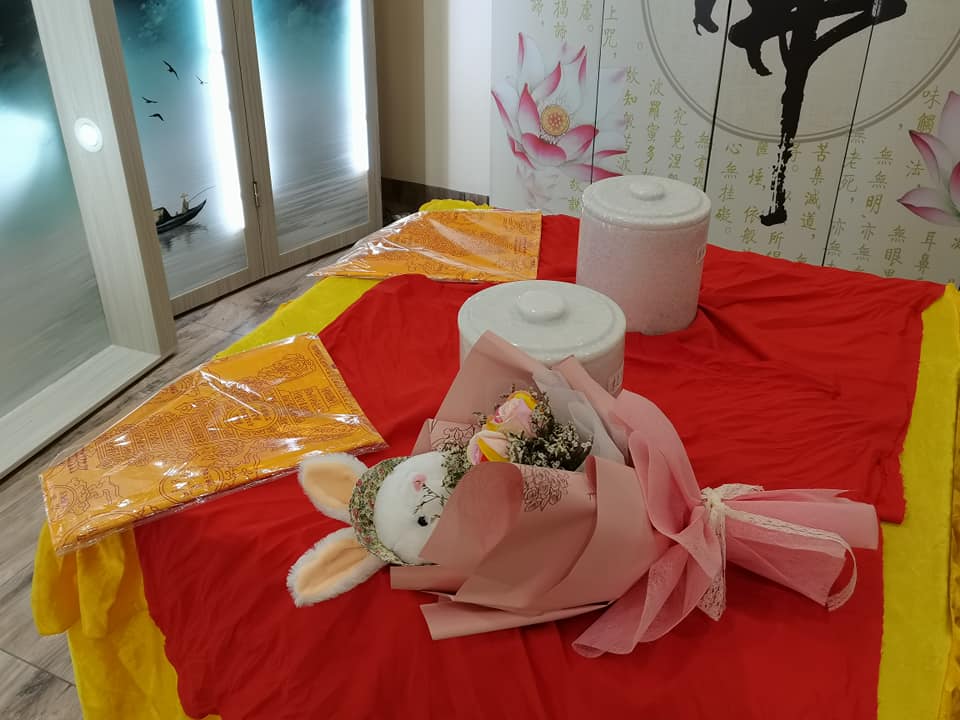 According to Chinese daily Shin Min Daily News, Mr Tan, his wife and and their toddler had returned to his hometown of Temerloh, Malaysia, to celebrate Mother's Day with his parents on May 8.

She said: "In the past, you would always treat us (our family) to a big feast when you returned once a month.

Adding that it was always a happy occasion whenever the family reunited, even if it was for only two or three days, Ms Wong said that it had been two years since she last saw Mr Tan due to the Covid-19 pandemic.

She added: "When you returned for two days in May to celebrate Mother's Day with us, and seeing the children play, we were so happy.

"We never expected that this fire would take you and your daughter away. We will never get to hear your laughter again.

"We will always miss you. Rest in peace." 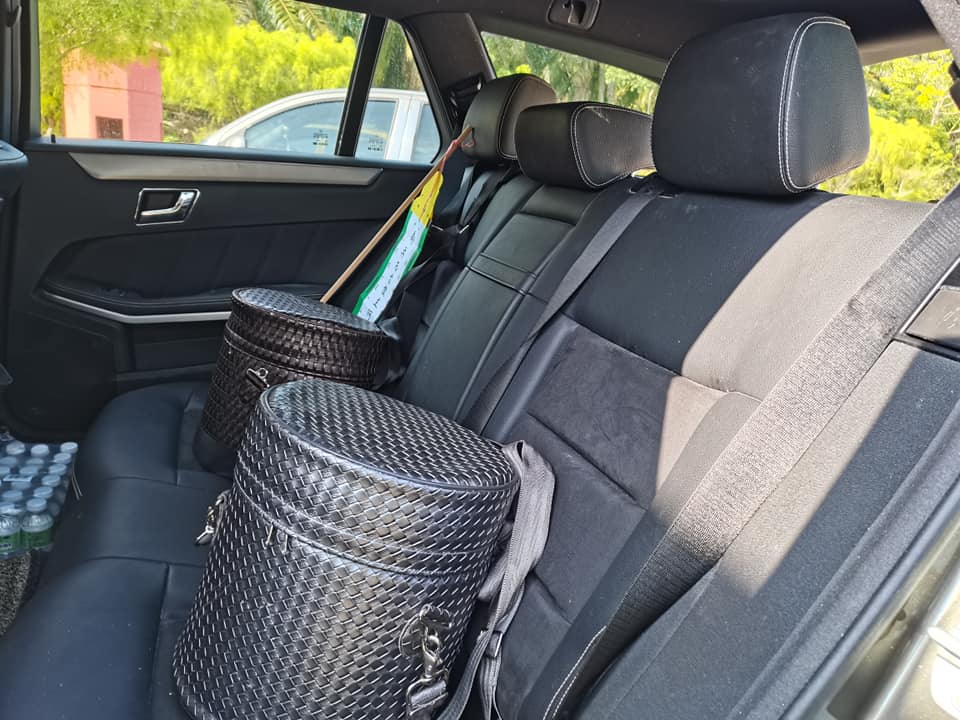 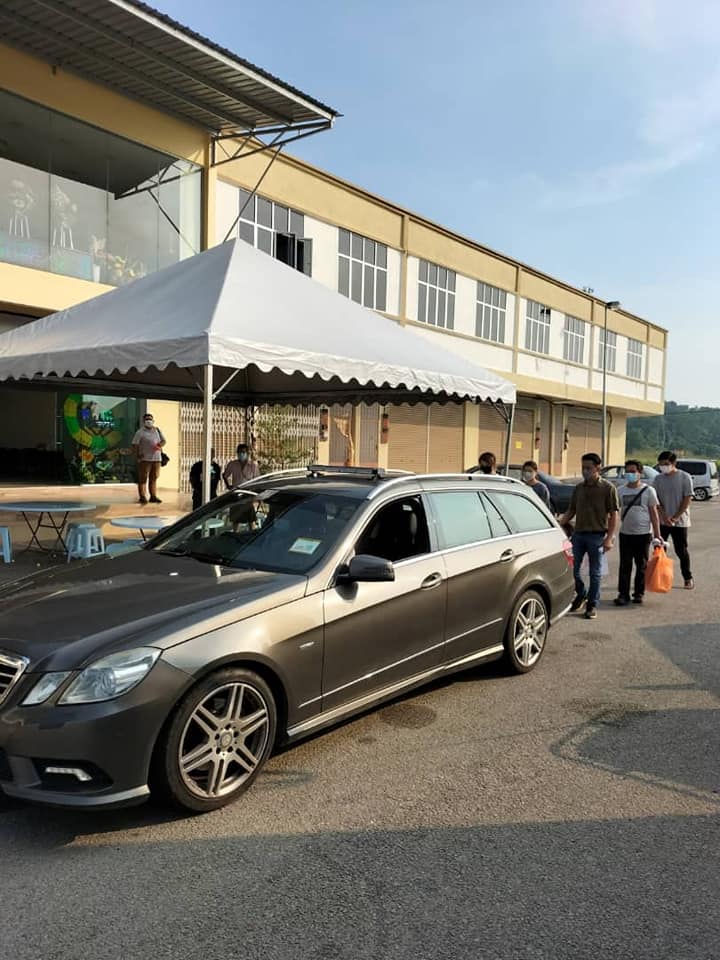