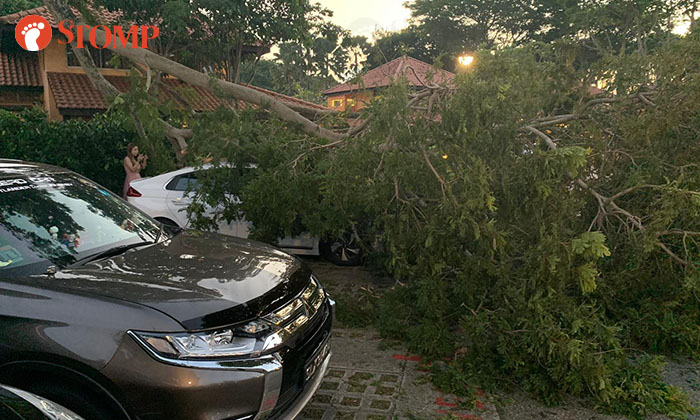 A large tree branch fell on a car at a National Service Resort & Country Club (NSRCC) chalet in Changi on Thursday (July 11) at about 7.15pm.

Stomper Owl said he was standing outside his chalet unit and talking with his friends when they heard some weird sounds.

He told Stomp: "We looked around at the surroundings and noticed a huge tree branch fall and landing on a white car.

"The driver immediately came out of his car to take a look.

"He informed the security guard, who later blocked off the area and left one lane for cars to go past.

"No one was injured, I think."

Owl shared photos of the scene and said: "The branch fell from a tree behind the white car.

"My friends and I thought something had hit a roof or a building."

Stomp has reached out to NSRCC for more information.