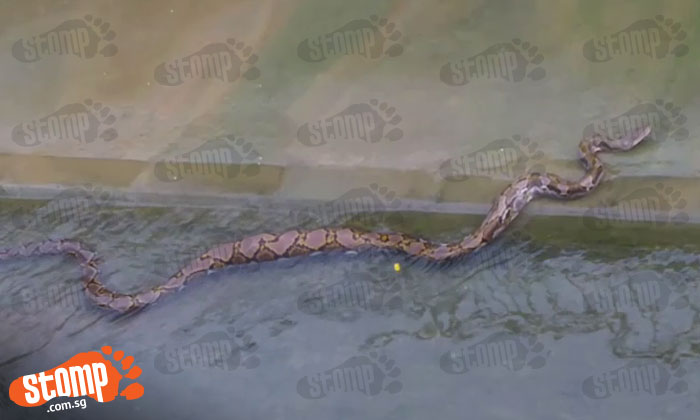 A huge python attracted the attention of several passers-by this morning at Bukit Batok West Avenue 4.

According to MagadaTaurus, several schoolboys and girls gathered near the drain to take photos and videos, fascinated by the python.

Concerned for her peers and her own safety, she contacted Acres about the snake.

The police were also informed.

"Both said the same thing: Ignore and don't provoke the snake.

"It's normal in Singapore.

"They eat rats, live in the drain and are not venomous."

Stomper Eekhoon however, was happy to see the python.

"It seemed to be swimming against the water flow and enjoying its morning swim.

"I have never seen such a huge snake out in the open before!

"Hopefully this is a sign of good luck to me!"