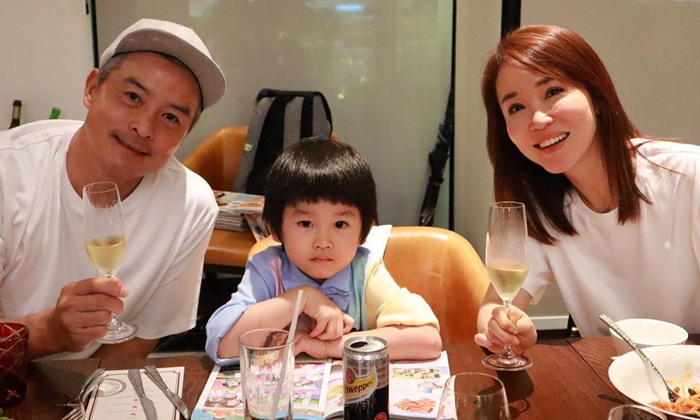 They registered their marriage in May 2009 and held their wedding in September the same year.

Fast forward 10 years, local celebrity couple Fann Wong and Christopher Lee, both 48, celebrated the 10th anniversary of their wedding on Sunday (Sept 29). They invited their family members to celebrate the milestone at the 15 Stamford by Alvin Leung restaurant.

Fann and Lee posted the photos on social media with sweet words for each other, as Lee posted a video of the couple sharing a kiss after they entered the restaurant with their five-year-old son, Zed. They also posted photos of them wearing identical shirts with the words "Fann + Chris = Zed" on the back.

Their posts received many well-wishes from fans and celebrities such as Pan Lingling, Ben Yeo, Priscelia Chan and Felicia Chin.