How did this police car end up on road divider along Kampong Bahru Rd? 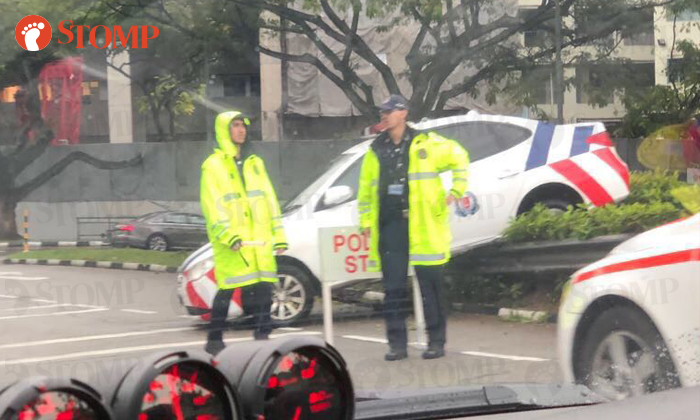 A police car ended up on the road divider along Kampong Bahru Road yesterday. (Jan 26)

The police told Stomp that they were alerted to the incident at 5.32pm.

Both Stompers Tan and Ah Boy sent us photos of the police car which can be seen on top of the road divider.

Tan came across the police car while he was driving along the road three hours after the accident had occurred at around 8pm.

"Wonder how the car ended up there," added the Stomper.

In response to media queries from Stomp, the police said, "The Police confirmed that on 26 January 2018 at about 5.12pm, an accident involving a police car had occurred along Kampong Bahru Road.