How did this bicycle catch fire at Ang Mo Kio? 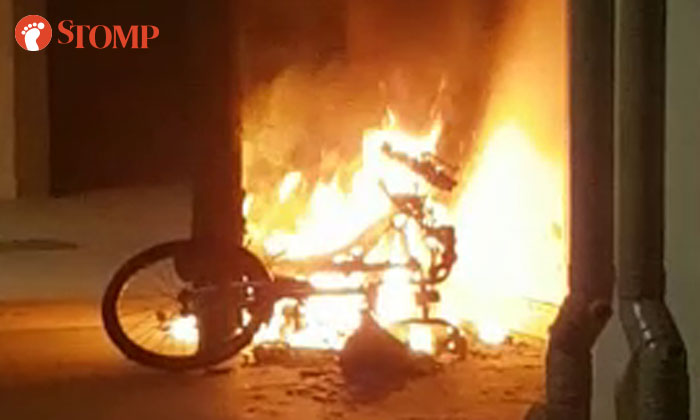 Stomper Shakul was alerted to a fire by his brother, Mohamed Arshath, at Block 463 Ang Mo Kio Avenue 10 yesterday (Feb 21) at around 10.45pm.

When he looked out of his window at Block 462, he saw some flames but assumed that people were burning offerings.

"Something didn't seem right because the smell was really bad," said Shakul.

Shakul then went down with his brother at around 11pm to see what was happening.

They were surprised to discover a bicycle was on fire.

"There was a really strong smell of burning plastic and rubber and quite a lot of smoke too," he said.

"The police confirm that a report has been lodged. Investigations are ongoing."