How did taxi end up mounting kerb in Ang Mo Kio? Even cabby says he doesn't know 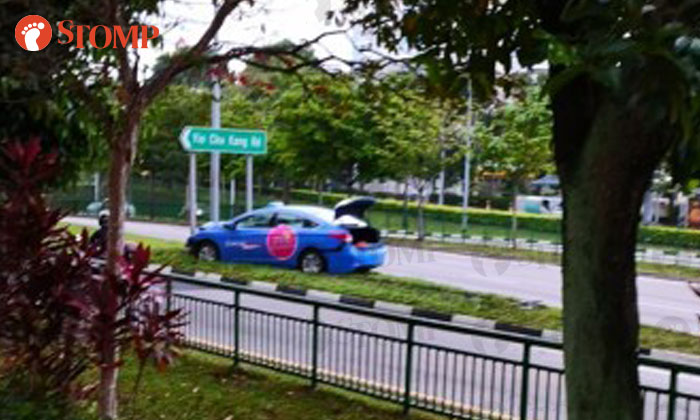 A taxi was seen mounted on a kerb along Ang Mo Kio Avenue 3 towards Hougang Avenue 2 this morning (Jan 11).

Stomper Stanley saw the cab as he was headed out for work. He was walking along the pavement when he saw the taxi on a kerb in the middle of the road.

He took a picture of the taxi and sent it to Stomp.

He said: "I am not sure what happened.

"I saw the taxi with its boot open. Then, I saw police officers a short while later."

In response to a Stomp query, the police said: "On Jan 11 at 5.42am, the police were alerted to an accident involving a taxi along Ang Mo Kio Avenue 3 towards Hougang Avenue 2.

Stomp understands that when the taxi driver was questioned, he said he did not know how he ended up on the kerb.