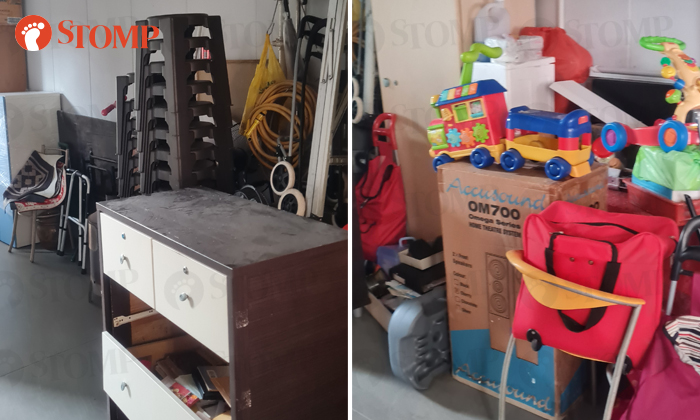 The town council has conducted house visits over clutter in common areas of Block 237 Choa Chu Kang Central and given a deadline for the items to be cleared.

A resident, who wished to remain anonymous, had alerted Stomp to the issue and shared photos of the clutter on the fifth to seventh floors of the block.

The Stomper said on July 8: "On the fifth floor, there is an e-scooter parked just beside the lift. If it catches fire, it would endanger anyone taking the lift. 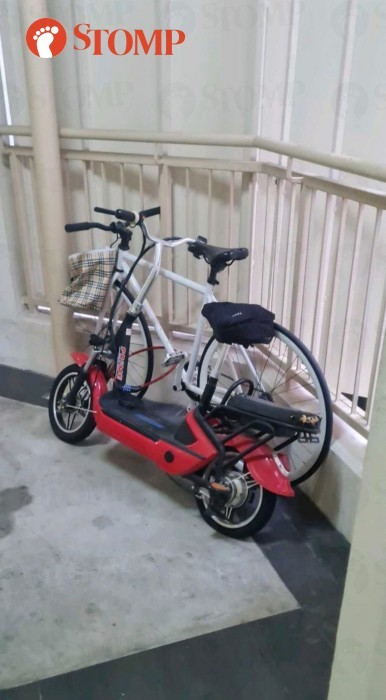 "The sixth floor is a store and dumping corner: There are tools, toys, a ladder, chairs stacked high, a ceiling hanger to hang clothing, lots of cabinets and an unused one thrown at the corridor, and even a fridge. 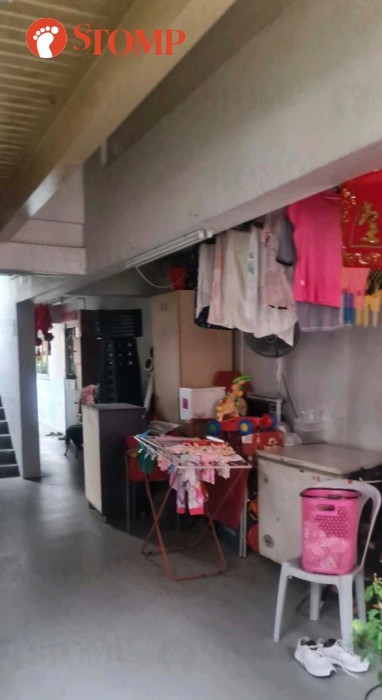 "On the seventh floor, you can see that a cabinet is blocking half the staircase. If there is a fire, no one would be able to use the staircase. 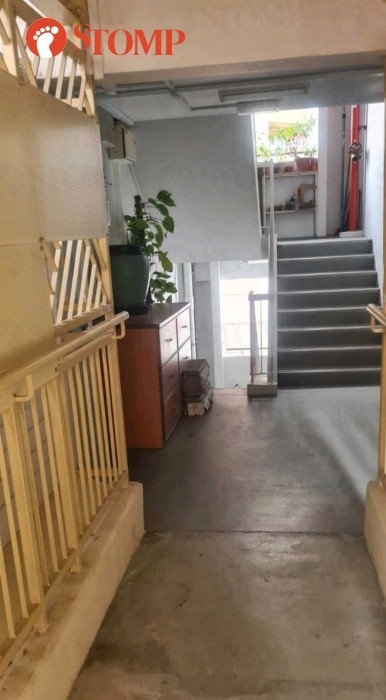 "This has been going on for many years despite feedback. Before, we were still ok with it but now they can even throw cabinets outside and just leave it."

In response to a Stomp query, a spokesman for Chua Chu Kang Town Council (CCKTC) said it is aware of the situation and has been monitoring the areas concerned.

"Our officers have inspected the corridors several times since June 23 and also conducted house visits to identify the households responsible for the items," added the spokesman.

"We have issued notices advising the residents concerned to remove their belongings as soon as possible. Since then, some of the items, such as bicycles and bulky items have been removed."

Owners of the remaining objects have been given a deadline of July 19 to clear their belongings from the corridor.

The spokesman told Stomp: "We have also offered to assist the residents with any disposal, should they need additional help.

"Any unclaimed items found in the corridor after the stipulated deadline will be removed by the Town Council.

"To remind residents of the dangers to public safety posed by corridor clutter, we regularly carry out education exercises via posters and notices in common areas like lift lobbies.

"We would like to take this opportunity to appeal to all residents to keep the corridors free of clutter and objects, and to play their part in maintaining a clean, safe and pleasant environment for everyone."