House of Seafood refutes woman's claim that buns were "uncooked" 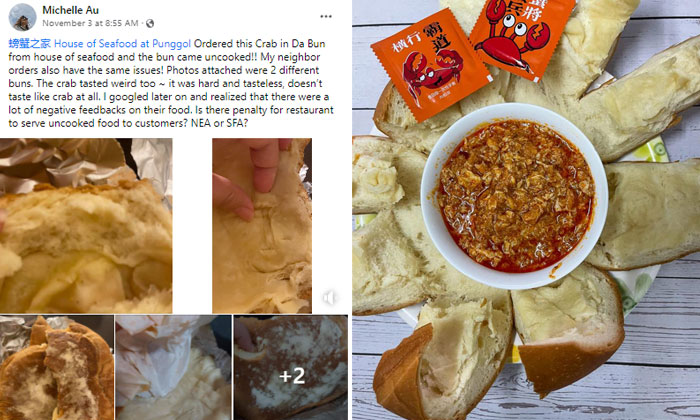 House of Seafood has responded to a complaint posted by a woman who said 'Da Giant Bun' she ordered from its Punggol outlet was "uncooked".

Facebook user Michelle Aw posted photos and a video of the bun she had ordered on Complaint Singapore's page on Wednesday (Nov 3).

In her post, she claimed other customers had similar issues and added that the crab in the bun was "hard and tasteless" as well. 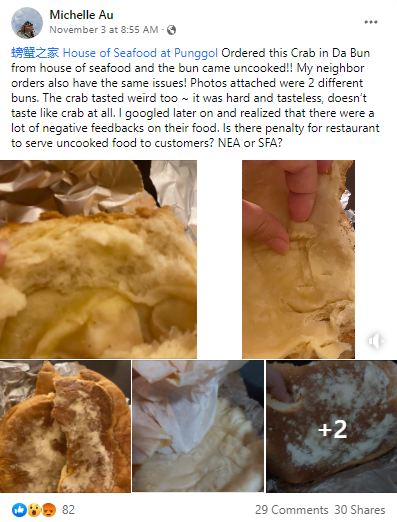 Speaking to Stomp on Friday (Nov 5), House of Seafood's founder Francis Ng said the restaurant was the first in Singapore to launch giant buns with bags of chilli crab sauce and real crab meat inside them.

"We have sold millions of buns since launching last year," he said.

"No one has complained and it is normal for the bottom of the bun to be a bit moist as we pack the sauce inside the bun. 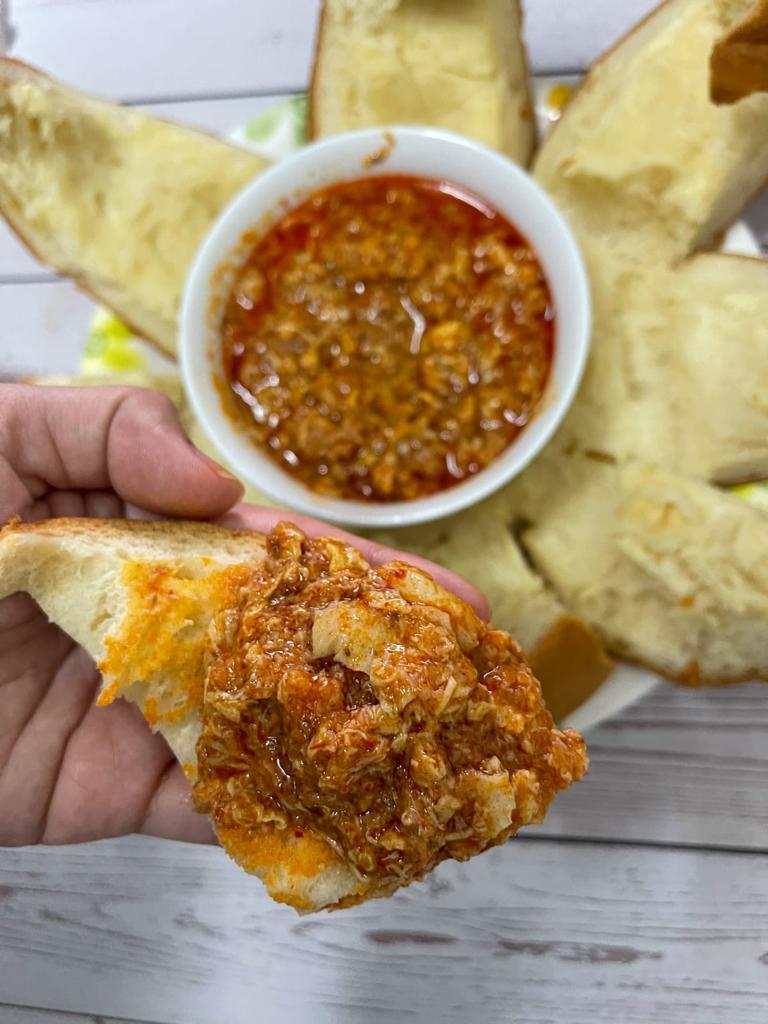 "It is also very common for the bottom of the outside of the bun to have some white powder otherwise it would stick to the aluminium tray during delivery (something like the snow skin mooncakes)."

He added that the buns are freshly baked every day. 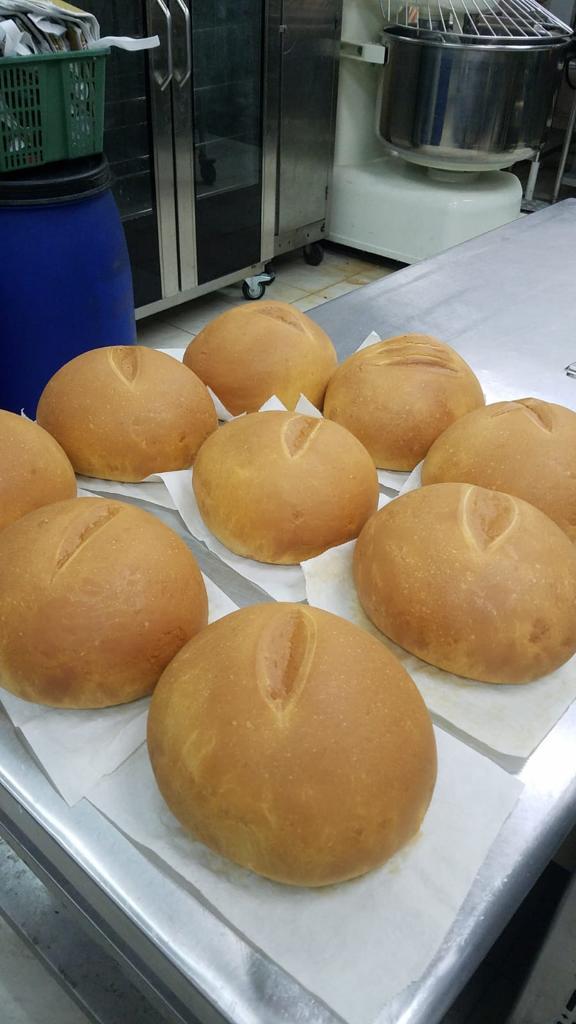 Mr Ng said after Michelle Aw made her complaint, the restaurant immediately reached out to her to offer a replacement bun.

"She rejected our offer and told us she had a 'phobia' and threatened to complain to the Singapore Food Agency (SFA)," he said.

"This week, she messaged our staff and asked us to send it to her sister's house at Jurong instead.

"We told her that we would prefer for her to self-collect so that we could open it up and let her see that it is very common to have moisture on the base of the giant bun.

"However, she got offended and complained to the media."