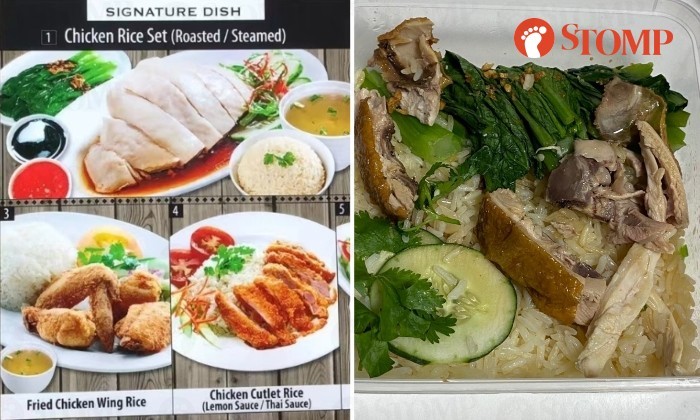 The stall owner has responded after a woman complained that the $7 chicken rice from the stall in the Kopitiam food court of Hougang 1 mall was "overpriced".

Sharing a photo of the food, Stomper Leo said: "My daughter bought two packets of chicken rice for $14.60 on Saturday (Oct 8)."

The Stomper described the food as "only a thin layer of rice and a few pieces of chicken with only literally skin and bones attached" and found it "really unacceptable".

Stanley, the stall owner, told Stomp: "Regarding this matter, we understand the concerns of this customer. She was served the chicken tail meat and there will be bones.

"If the guest has special requirements such as no bones or other parts, we will satisfy the guest." 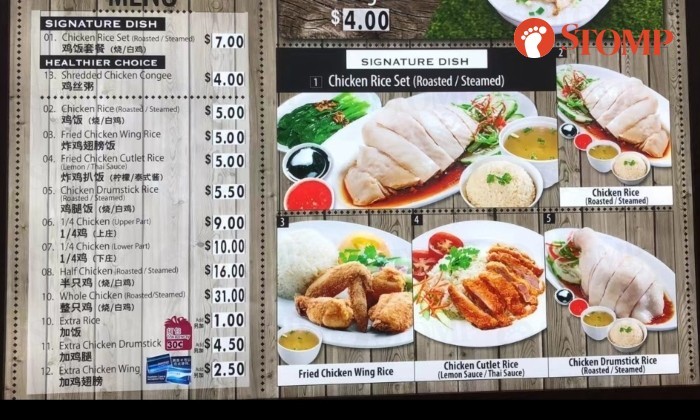 He added that for takeaways, there is an additional 30-cent charge for the packing box.

"More than 70 per cent of our customers would use the Kopitiam card or FairPrice app to pay because there would be a 10 per cent discount, and this 10 per cent is borne by our stall," said Stanley.

"Since Malaysia banned the import of live chickens into Singapore, the price of chicken is higher than before by two times. We went from $6.50 to $7 for the chicken rice set meal for the second month, but our cost is still 10 per cent higher than before.

"We are also a GST-registered company and we bear the 7 per cent GST for every chicken rice we sell.

"For the unpleasant dining experience of this guest, we are willing to compensate the guest in full. We also need the guest's understanding and hope that she can continue to support us."

When contacted by Stomp, the Stomper said: "I will not accept his offer for a refund as he’s clearly not sincere about it with loads of excuses for the so-called tail bone meat.

"But we all can see clearly what kind of tail bone meat part he’s talking about.

"My daughter is only 13 years old and she has never ever requested for any kind of meat or the way to cut it. With this incident, it’s a very good learning experience for her to better understand how many consumers like us have suffered."