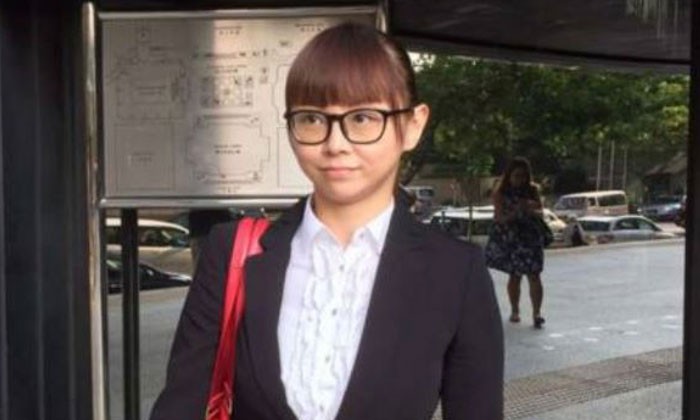 A Hong Kong nursing student stabbed her ex-lover, a married man, with two eight-inch fruit knives after he ended their relationship.

According to The Star, the woman reportedly insisted on driving the injured man home after the first round of stabbing, and allegedly slashed him again during the ride.

The accused, Ms Kan Woon-tsz, was faced with fives charges of wounding with intent, but denied them all.

She was said to have attacked Cheng Pak-yiu, a salesman, earlier this year (Jan 12), after he drove to visit her home in Sheung Shui’s Tsung Pak Long Tsuen.

According to Cheng, the attack took place when he was about to leave her home.

Kan poured an unspecified liquid over the salesman’s body, and later, stabbed him on the back. She then allegedly charged at Cheng with her knife, only to have it snatched away.

Furious, she whipped out another eight-inch blade and stabbed his chest thrice.

“I was bleeding and going limp. I tried to resist but I was too weak,” Cheng said.

Crawling on all fours towards his car parked some 400 metres away, Cheng attempted to escape Kan’s home discretely the next morning (Jan 13), but to no avail.

This was when Kan executed the second part of her game plan. She offered to drive Cheng back to his home in Tseung Kwan O, only to further slash him three times while on their way there.

Kan called Cheng’s parents using his mobile before they arrived at the car park at Kin Ming Estate.

“My parents came to my rescue finally,” the salesman said.

At around 7am that morning, Kan was arrested when she and the man were in Tseung Kwan O Hospital.

The 29-year-old student had known Cheng through social media before she began her five month long extra-marital affair with him in January last year.

Related Stories
Hubby left wife after she refused to let him speak to female colleague
'I slept with a relative and now I can't end the affair'
'My hubby goes out with single women -- and he thinks there's nothing wrong with it'
More About:
stabbing
affair
marriage
sex
cheating
relationships
injured
slashing
Hong Kong
assault