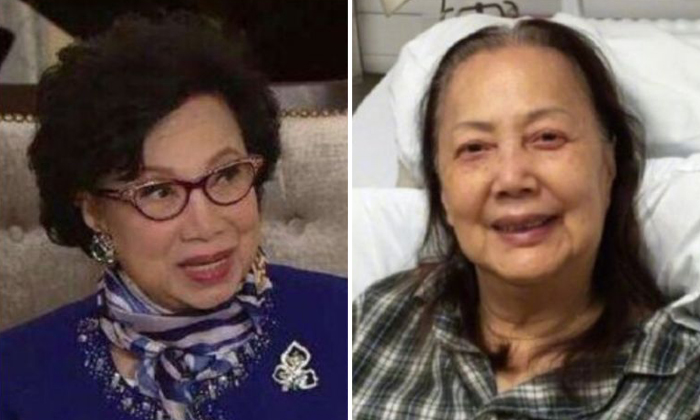 The Hong Kong entertainment scene is mourning the loss of two veteran actresses - Lily Leung and Teresa Ha - whose deaths were separated by one week.

The screen legends were known for their illustrious careers and their contributions to the television industry.

According to a statement from Leung's family, she died at age 90 - reportedly from cancer - in hospital surrounded by relatives on Tuesday.

Leung, who was born in Guangdong, China, worked for television broadcasting company TVB from 1970 to 1975. She returned to the station in 1989, acting in dramas such as A Kindred Spirit (1990 to 1995), where she played a character born into a noble family and earned the nickname "upper class person".

She also acted as the Empress Dowager in the drama The Legend Of Lady Yang (2000).

In 2004, Leung received a Lifetime Achievement Award at the TVB Anniversary Awards. This year (2019) also marks her 30th year with TVB since her return to the broadcaster.

She had four children and at least two have worked in the television industry. Hong Kong actor Nicholas Yuen, previously with TVB, is her grandson.

The 28-year-old posted on Instagram on Tuesday that Leung "went peacefully" and was "still elegant and noble".

Hong Kong singer Hacken Lee, 51, posted a photo of himself and Leung on Instagram with the caption: "This is the last photo of us together. I will always miss her grace and elegance."

Ha's godson, Hong Kong actor Gordon Lam, 51,, was quoted in media reports saying she had had a stroke while living in a nursing home.

The actress, who was born in Hong Kong, had been in show business for more than 60 years and acted in more than 200 movies, such as the comedy film Hail The Judge (1994), where she played the mother of the protagonist played by Stephen Chow.

She also branched into television, appearing in dramas such as Man Of Wisdom (1993) and To Love With No Regrets (2004).

In 2005, Ha, who was married twice and reportedly leaves behind two children, was also honoured with a Lifetime Achievement Award from TVB.