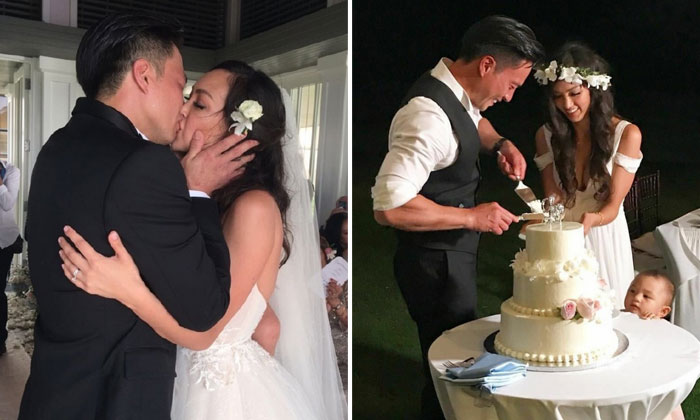 Hong Kong-based actor Andy On, 40, has finally gotten hitched with model Jessica Cambensy, better known as Jessica C, two years following their engagement and the announcement that they were expecting their first child.

On Monday (Oct 16), the couple exchanged their vows at the scenic Turtle Bay Resort in Hawaii before wedding guests that included groomsmen Vanness Wu and Philip Ng, Apple Daily reported.

Their 18-month-old daughter Tessa, who played flower girl, was carried by Cambensy during the wedding ceremony.

The bride, 29, said: "We thought that holding the wedding at a resort would be more relaxed," but she ended up losing sleep the night before her big day.

When asked if Tessa will get a sibling soon, On said that they have plans for more children.

The couple started dating after co-starring in the movie Zombie Fight Club in 2014.