Hong Kong actress Elaine Yiu denies being a homewrecker, but is she as innocent as she claims? 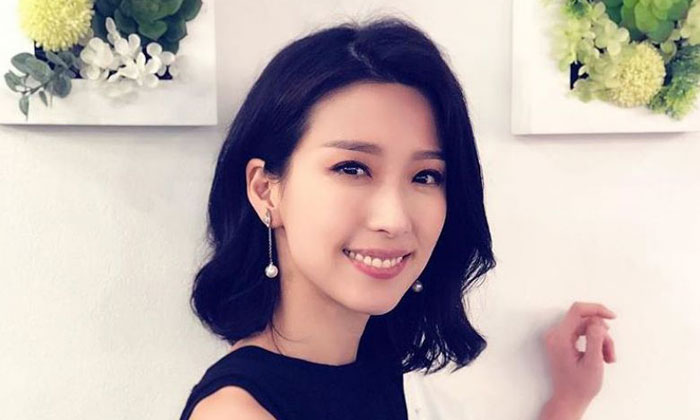 Hong Kong actress Elaine Yiu has hit back at those whom she says are badmouthing her as a homewrecker.

Amid talk that she was responsible for ending businessman Raymond Young's marriage to model-host Sarika Choy, Yiu clarified in May that he had told her that his relationship with Choy was over, when he pursued her.

Netizens slammed Yiu, 38, for being the third party after an intimate photo of her with Young was leaked, according to East Week magazine.

Talk has it that Young, 41, was also dating another woman at the same time, even while he was trying to patch up frayed ties with Choy from January 2017 to January 2019.

But despite the clarifications from him and Yiu, the picture has instead become murkier, with a friend of the other woman - whom Young was dating - revealing that Yiu is not as innocent as she claims.

Yiu and the woman had phone conversations, and the recordings showed that Yiu knew that Young was still pining for Choy, according to portal HK01.

The friend did not say how the woman and the actress knew each other, and why they were fine with Young dating both of them at the same time.

Desperate to contain any damage to her career, Yiu posted in May that she is just an "ordinary human being", suggesting that she should not be unfairly targeted by naysayers just because she worked in the entertainment industry.

But the actress said she will not be cowed, adding that her initial reluctance to comment on the rumours did not mean that she was frightened, or guilty.

Yiu said she and Choy had common friends, and Choy was certainly aware that the actress was dating Young.

Their relationship lasted eight months but Yiu would not say why she ended it.

According to Oriental Daily News, Young confirmed in an interview that he was seeking a divorce when he dated Yiu.

"I was separated for two years. I am single right now. Dating is normal," he said, insisting he was free to do what he wanted.

Meanwhile, Choy has told Apple Daily that she initiated a break-up with Young because of their differences over lifestyle choices and values.

She chose not to ask for monetary support, opting instead to sell their property and use her share of the proceeds to buy her own home.

In a bid to end all the ugly speculation, she hinted that she was not putting blame on anyone, expressing her wish that Yiu would not be badly affected.