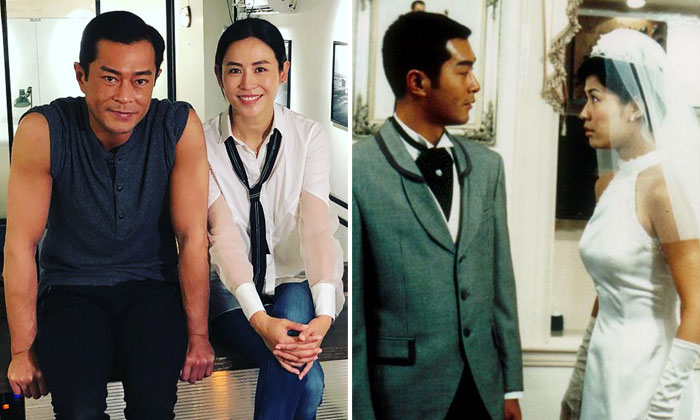 The 48-year-old bachelor sprang a surprise on Wednesday (Oct 9) when he said at the end of a video broadcast at Hong Kong singer Kay Tse's concert that he has just gotten engaged.

"I have just gotten engaged. Good night. The end," said Koo, the current president of the Hong Kong Performing Artistes Guild. He was supposed to be playing the role of a newscaster in the video and made the startling statement at the end of talk about stocks and currencies.

His statement sparked screams among the spectators at Tse's concert.

Netizens began to speculate who his fiancee might be after the video went viral, with many identifying actress Jessica Hsuan, 49, as the most likely suspect.

Hsuan and Koo are close friends who have known each other for more than 25 years, and have played couples on screen many times, including in the TVB drama, A Step Into The Past (2001).

In July, there was a rumour that Koo was marrying Hsuan later this year, but his manager denied the rumour.

Hsuan also celebrated her birthday recently with Koo and the crew behind their upcoming movie, A Witness Out Of The Blue. Hsuan plays a blind landlord and Koo is her tenant in the movie, with the two characters developing an ambiguous romantic relationship.

In response to the rumours, Koo's manager clarified to the media on Thursday that Koo was merely playing the role of a newscaster when he made the supposedly "earthshaking" announcement.