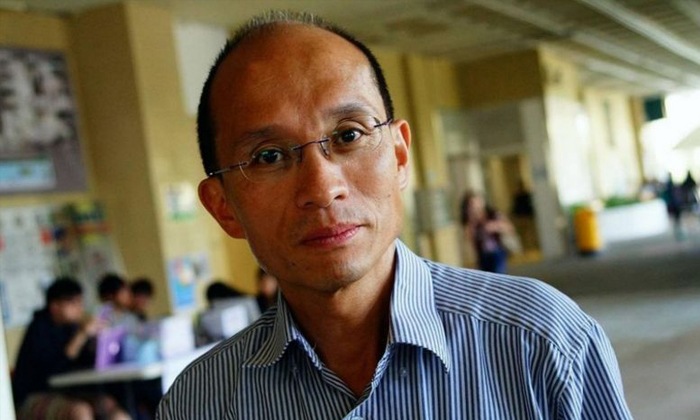 A university professor in Hong Kong has been arrested for the alleged murder of his wife, whose underwear-clad body was found in a suitcase with an electric wire around the neck.

Associate Professor Cheung Kie Chung, 53, of the Department of Mechanical Engineering at the University of Hong Kong (HKU) was arrested on Tuesday (Aug 28).

According to Hong Kong Free Press (HKFP), the body was inside a suitcase which was placed inside a wooden box,

it is suggested that the victim had been strangled.

Although the time and cause of her death has yet to be determined, sources said an initial examination showed the woman had been dead for days and there were no other obvious wounds on her body.

Prof Cheung had reported his wife missing on Aug 20.

Police were told that she had left their home at one of the residential halls on campus following a family dispute about toilet hygiene in the early hours of August 17.

According to The Straits Times, police said Prof Cheung's wife had blamed him for not supporting her during the dispute, which involved their daughter. The wife then went missing.

Suspicions were raised after CCTV showed Prof Cheung, who is the warden of the hall, moving a wooden box out of the building.

There was no footage of the victim leaving the premises.

This led to police to raid Prof Cheung's office. He was present during the raid and subsequently arrested.

"There was blood seeping out of the suitcase, and it stank," said Superintendent Law Kwok Hoi of the Hong Kong Island crime squad.