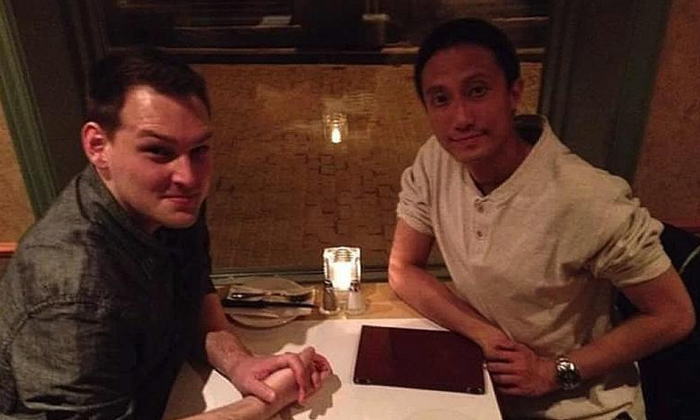 He used fake degrees to get teaching jobs in Singapore, cheated on blood tests to hide his HIV-positive status, and leaked the data of 14,200 people with HIV.

Now Mikhy Farrera Brochez, 34, has made a slew of allegations against Singapore authorities on Facebook and in an interview with US online news site Vice.

Among them: He was abused while in policy custody, then sexually assaulted in prison, where he contracted HIV and was denied HIV medication. He also claimed another man had leaked the HIV Registry data.

In refuting the American's allegations as baseless in a joint statement yesterday, the Singapore Police Force and Singapore Prison Service said Brochez's actions have shown him to be a pathological liar.

"He is a pathological liar."

In a separate statement, the Ministry of Health (MOH) said Brochez "continues to make allegations which are either false or unsubstantiated with any evidence".

Pointing out that he was convicted in court of fraud and drug offences, MOH added: "Should new evidence emerge, we will investigate accordingly."

MOH said it had indicated previously that Brochez may possess further information he could reveal in future.

"He has now threatened to do so, and MOH will work with the police to take appropriate actions."

Brochez was jailed in 2016 and deported to the US after his release from prison last April.

Yesterday, a day after Health Minister Gan Kim Yong gave a ministerial statement in Parliament on the events leading to the HIV Registry data leak and the steps taken to manage the leak, Brochez declared on Facebook: "The allegations being made against me... are blatantly false. I did not steal this database nor did I leak it."

On his claim that one Zachary Levine had stolen and leaked the HIV Registry data in 2012, the police said they investigated Mr Levine in 2016 and seized his electronic devices, but there was no evidence to suggest he was in possession of the data.

On his claims of abuse and torture while in police custody, they said the officers involved were investigated by the Internal Affairs Office, which found the allegations to be untrue.

Similarly, the Criminal Investigation Department found that his allegation of contracting HIV in prison after being sexually assaulted by other inmates was also false.

Instead, it uncovered that Brochez had committed several institutional offences, including assaulting a fellow inmate.

The authorities also said Brochez declared he had been HIV-positive since 2008 when he was admitted to prison in 2016.

He alleged he was denied HIV medication to manage his condition while in prison due to the interference of the Attorney-General Chambers (AGC).

But the authorities said Brochez had refused to take blood tests to confirm his condition, and Prisons had to check with MOH before providing him with the necessary medication.

AGC could not have interfered as it has no authority to do so in prisons, they added.

Brochez also claimed that Dr Leong Hoe Nam, who attended to him as a prison doctor, had given him a list of HIV-positive inmates.

When contacted by The New Paper, Dr Leong dismissed the claims as "baseless" and "fabricated".

He said he never had a copy of the registry, and prison security was extremely tight with at least three officers accompanying Brochez at all times.

"There was no way I could have sneaked him a scrap of paper, let alone a registry or a USB drive," Dr Leong said .

Brochez also alleged that the HIV Registry was intended to be an attack on men in the gay community, an allegation that MOH refuted.

The authorities emphasised that they are doing everything in their power to bring Brochez to justice in Singapore, and are in talks with their American counterparts.

Vice, which ran a lengthy piece on Brochez's allegations, also cast doubt on their veracity.

In the third paragraph of the article, its two reporters wrote: "Brochez's story of how he got here is convoluted and nearly impossible to verify in full, particularly since the details often shift in the retelling."