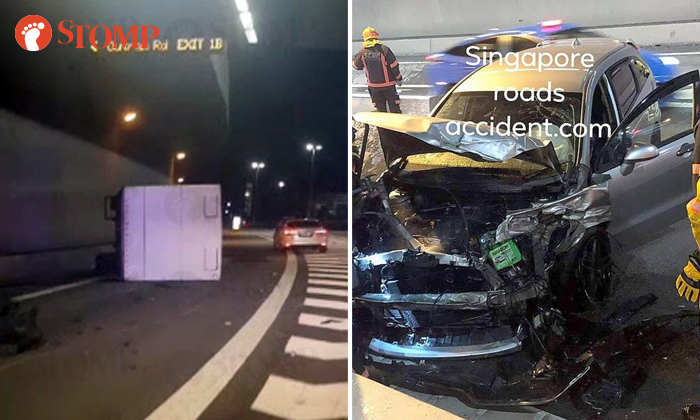 A hit-and-run accident along the Central Expressway (CTE) on Tuesday night (July 21) resulted in a two-hour traffic jam that led to a woman giving birth in a car.

The police had earlier told Stomp that they were alerted to the accident, which involved a car and a lorry, at 10.10pm.

The 34-year-old male lorry driver and his 38-year-old male passenger were conscious when conveyed to Singapore General Hospital (SGH).

The car driver fled the scene.

According to Lianhe Wanbao, the accident caused a two-hour traffic jam.

A red car that was caught in the traffic jam had been ferrying a woman in labour.

A witness said: "The pregnant woman gave birth in the car as the baby couldn't wait any longer. Her husband ran to the police for help, shouting that his wife was in labour."

The police and Singapore Civil Defence Force (SCDF) then rushed to the red car.

The mother and baby were taken away in an ambulance.

Responding to queries, the SCDF confirmed that they took two people injured in the accident to SGH and the mother and child to KK Women's and Children's Hospital.

Police are investigating the accident.